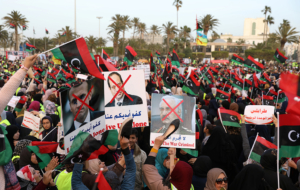 For decades, Libya has endured countless accounts of corruption committed by the government, the militia and major oil corporations. The corruption in Libya derives from what political scientists call a “resource curse,” a term used to describe a nation that tends to have less economic growth and a weaker democracy due to its abundance of natural resources. Oil production has made the nation susceptible to corruption, leading the country into a civil war due to persistent violence and political unrest. Here are ten facts about corruption in Libya.

10 Facts about Corruption in Libya

These 10 facts about corruption in Libya illustrate the prevalence of abuse and fraudulence in Libya. However, even though corruption still permeates Libya’s institutions, efforts from around the world continue to prevent any further corruption by holding public officials accountable for their crimes.

If support from nonprofits, civil societies and advocates persists, Libya may be able to mobilize their local governments to sustain a better democracy and resist violent and corrupt regimes.