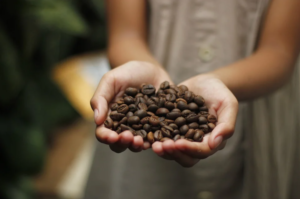 Partnering with the nongovernmental organization (NGO) TechnoServe, Swiss coffee company Nespresso has worked in East Africa since 2015. It works to boost sustainability in coffee production and power small coffee farmers. The company also looks to increase sustainability by working with the Rainforest Alliance, another NGO. In 2018, Nespresso launched its AAA Sustainability Program in Zimbabwe. It focuses on training farmers and providing technical expertise and agronomic advice. Although it has found multiple programs worldwide, Zimbabwe was chosen explicitly after droughts and economic instability destroyed its capabilities to cultivate the cash crop.

The Economy of Zimbabwe

Zimbabwe’s economy saw a 231 million percent inflation in July 2008 after a land reform program passed, causing its economy to crash. According to the World Bank, Zimbabwe’s GDP fell by 8.1% in 2019 and has continued to fall due to COVID-19. In 2019, 6.6 million of Zimbabwe’s residents were extremely poor and food poverty was prevalent.

However, around 17% of Zimbabwe’s GDP is agricultural, according to the Food and Agriculture Organization (FAO). Coffee is a vital crop to the GDP. At peak production in 1989, Zimbabwe produced 15,000 tons of coffee. It sunk to 500 tons in 2017, according to the Telegraph. The loss of this significant part of the economy pushed millions into poverty and took away many jobs.

Zimbabwe’s environment is ideal for cultivating coffee. It has cold temperatures, lots of rainfall and fertile lands. Coffee production has fallen mostly due to a lack of knowledge about growing the plant and droughts brought on by global warming. Coffee is a delicate tree, taking between two and three years to start flowering and nine months following this to have harvestable cherries. This is why Nespresso’s programs work to educate on sustainability and provide raw funds for farmers to use amongst economic instability.

In training, the main points of contention are drilling holes to plant trees, shading the trees properly and pruning branches. They also include eliminating bugs and disease, watching soil deficiencies and crop hygiene, according to National Geographic. The temperamental nature of coffee makes it essential to know exactly how to sustain it in the best way using efficient machinery and methods.

The Benefits of Nespresso

Nespresso plans to invest 1.3 million euros. It pays farmers in U.S. dollars instead of the Bond Notes that many use instead of currency. This allows them to buy better products and services globally. This will not only work to revitalize the economy through spending, but it will increase agricultural exports. The program currently works with over 2,000 farmers, training them on how to grow and paying them above-market rates for the coffee.

Since Nespresso has started working with these farmers, there was a 7% increase in production. Also, quality has risen by 51%. According to the Telegraph, Zimbabwe could soon double its coffee production, reaching 10,000 tons of coffee shortly. Furthermore, AAA programs have specifically targeted female farmers to provide equal opportunities, with 47% of the farmers being female.

In the long term, increased coffee production could help the country in multiple ways. Along with a GDP boost and increased jobs, the stimulation of coffee products helps put more children in school, provide healthcare access, increase efficiency and equipment and preserve biodiversity.

Overall, for those living in poverty in Zimbabwe, the rise of the crop that once drove the economy will provide immense relief. By bringing stability, jobs and globalization, the door to better opportunities starts with coffee. Nespresso’s program has opened that door to many small farmers in Zimbabwe.