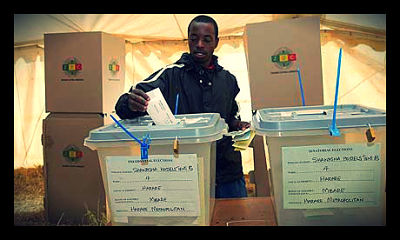 In recent years, aid to Zimbabwe from the United States has made important strides towards improving life for the people. USAID has supported anti-retroviral treatment, improved access to healthcare, and has even reduced the spread of HIV/AIDs to under 15%. Most recently we have been attempting to transform the country into a democratic nation in order to support growth and success. The people are trying to assist with this change, but the government may be getting in their way.

On June 18th, the Senate Foreign Affairs Committee gathered for a hearing regarding the upcoming elections in Zimbabwe. The 2008 elections were a disaster, flanked with repression and violence across the African country. As a result of that and of U.S intervention and aid, Zimbabwe’s president, Mugabe, signed a new constitution into law that divides the power between him and Prime Minister Tsvangirai and brings about a 2 term, of 5 years each, maximum for each elected president.

The good news is that this means the Zimbabwean people will finally have the chance to shape the government according to their needs, gaining health care and education reforms. The bad news is that the current government may not be so ready to hand over the reigns to the people.

Part of the agreement the U.S reached with Zimbabwe was that the elections had to be held by the end of July. And, while the elections could seriously improve the relationship between our country and theirs, rushing into things could damage any chances Zimbabwe has of actually making progress. Therefore SADC has requested that we give them more time to make sure everything is ready and the elections will be fair.

Acting Assistant Secretary of the Foreign Affairs Committee, Donald Yamamoto, brought forth his arguments before the other panel members. He cited the recent illegal arrests, detentions, and instances of harassment as evidence that efforts are already underway to intimidate voters and sway the election. “Zimbabwe must decide whether it will support a credible electoral process or continue to repress its people and isolate itself from the international community”. This decision does not just decide whether the people stay repressed in poverty, but also whether Zimbabwe becomes involved in trading and business with the rest of the world, including the U.S.

There has also been concern that without enough time, it will be less likely that all the new voters will be registered, inspection of voters’ rolls will take place, and that other needed electoral and democratic reforms will be adhered to. This would make the credibility of the election outcome very questionable and set back the governmental improvements another 5 years.

However, important changes are already underway. For the first time ever, the youth of Zimbabwe are getting together to debate politics and learn about the issues that affect them. If given the chance they could make a noticeable difference in the way things are done and how their country works with the rest of the world.

Righting the Wrongs of MalnutritionBoosting African Economies
Scroll to top