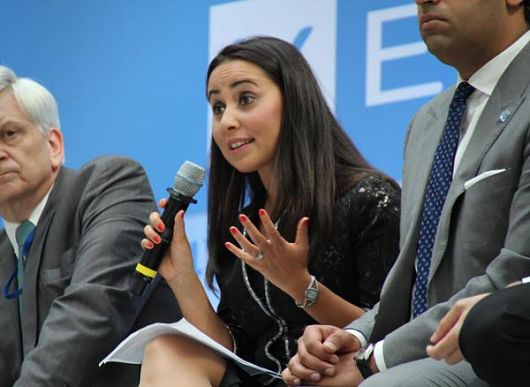 A world in which every youth has access to employment may sound a little far-fetched, but this is just what global organization Solutions for Youth Employment (S4YE) strives to achieve.

Acknowledging International Youth Day, which comes around every August 12, the S4YE coalition is initiating a five-year strategy which will focus on the specific challenges that youth face in receiving employment across the world.

S4YE is a global coalition made up of civil society actors, government officials, foundations, private sector entities, international organizations and young people endeavoring to help the 600 million youth who are unemployed and simultaneously not receiving education or any kind of additional training across the globe.

“In 2014 nearly 500 million young people around the world are unemployed, inactive, underemployed, or engaged in insecure employment,” states the S4YE.

Tackling such an issue will not be easy, but strides are being taken to make a difference. Over the course of a 15-year initiative, the organization’s first ambitious strategy is to support 150 million youth worldwide by 2030.

Although unemployment is an issue affecting an astronomical amount of people, S4YE is specifically focusing on areas where it is a national priority including the Middle East, North Africa, sub-Saharan Africa, Latin America, the Caribbean and Asia.

According to an article by the World Bank, the addition of a billion more people entering the workforce in the coming decade means that at least five million more jobs will need to be created each month to meet the demands. If this cannot be done, youth will find themselves in a place of inopportunity, which will only lead to social and political instability.

The magnitude of the problem is grave; if nothing changes for the unemployed youth—with 1 million more youth in Africa and India turning 15 each year—the poorest 40 percent of the world’s population will fall into poverty.

S4YE identifies some of the challenges of accomplishing total youth employment, which include developing a skilled workforce, creating well-functioning markets and ensuring a stable middle-class consumer base. Essentially, traditional models of engagement may be abandoned to guarantee that millions will have the opportunity to escape poverty.

Despite the inherent obstacles, it is S4YE’s vision to see a world where all youth have access to job opportunities that empower them, so they are able to share their prosperity with the world.

Potential solutions for these challenges have also been identified and include leveraging public and private investments for job creation, research and evaluation to design an education based training, and finally, leadership is needed to identify what strategies are and aren’t working, implementing them into the design of future policies and investments.

As our world population continues to climb, it is up to organizations like S4YE to generate creative solutions to keep pace with a rapidly expanding presence and ensure that every human has an opportunity for a life well lived.

Hash-Tagging to Raise Awareness for The Global GoalsUSAID: Interview with International Development Worker
Scroll to top