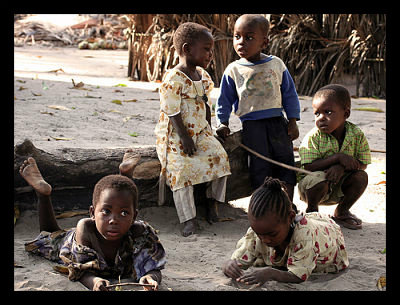 The World Bank leaked strategy documents revealed what critics have called an “unambitious” and “business-as-usual” approach to development, prioritizing economic growth over pressing social issues such as rising inequality. That could fail all the optimism about the significant change in world poverty and world poverty is still urgent and needs more attention.

The documents, outlining “A common vision for the World Bank Group,” introduced two new goals to guide the bank’s development work: reducing the percentage of people living in extreme poverty to 3% globally by 2030 and promoting “shared prosperity” by monitoring the income growth of the bottom 40% in every country.

Critics say the “shared prosperity” target merely expands the bank’s focus on the world’s poorest people rather than shifting it to tackle inequalities and growing gaps between rich and poor.

David Woodward, the fellow at the New Economics Foundation and previously an adviser at the IMF and World Bank, said the documents reveal a “business-as-usual scenario, with little or no change in the basic thrust of its development approach”. He said the documents showed the bank is still subordinating development goals to an overall economic growth agenda. “What we’ve still got is a global version of trickle-down economics,” he said. “We should not be designing policies promoting growth on the assumption that this will deliver everything else.”

Nuria Molina, policy director at Save the Children UK, said the targets were “very unambitious”. “The narrative is right, the terminology is right, but the devil is always in the details,” she said. To address inequality you must also rein in growth at the top, she argued. “You need to have a meaningful measure, and just looking at the bottom is not sufficient. It’s very important to look at the gaps.”

“Increasing the income growth of the bottom 40% in every country will necessarily require accelerating the pace of overall economic growth,” Woodward said the goal to reduce to 3% the share of the world’s population living on less than $1.25 a day would still leave 200 million people in extreme poverty.

Alex Cobham, a research fellow at the Center for Global Development in Europe, said the document was “disappointing.” “What this document says is we’re not going to look at ratios. It feels very much against the flow of where the global conversation has gone,” he said.

World poverty is still urgent. It is a very big issue that needs to be fixed whether the world economy is good or bad. And that is also the whole world’s task, for which we cannot just depend on the World Bank. It may not reach our expected level but maybe this is a signal to tell us we need to find more ways to solve or change the situation about world poverty.

Ricken Patel: The Opportunity Of Our TimeWorld Water Day at The Borgen Project HQs
Scroll to top