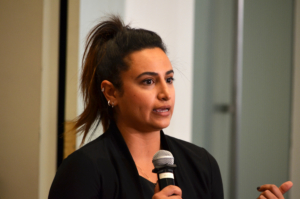 Many have hailed the Saudi government for these progressive developments. In addition, the Crown Prince has earned a reputation as a progressive creating a new Saudi Arabia. However, amid years of loosening restrictions, outspoken Saudi women have continued to face persecution. Most famously, women’s rights activists Loujain Al-Hathloul, Eman al-Nafjan, Aisha al-Mana, Aziza al-Yousef and Madeha al-Ajroush were arrested in 2018. The activists are allegedly sexually abused and tortured for their activism and open criticism of Saudi Arabia. As of August 2020, they continue to await trial in a Saudi prison.

Women’s rights in Saudi Arabia thus continue to reflect the country’s conflicting traditional and progressive values. Some view the Crown Prince’s reform as a mere distraction from an overarching culture that views women as property. As Lina al-Hathloul, the sister of the incarcerated activist Loujain Al-Hathloul, told TIME in May, Saudi Arabians are struggling to define what falls in line with these values. “Now we don’t have the religious police and we have concerts,” she said. Lina al-Hathloul mentioned that under the new public decency law, the police can arrest and imprison women for dancing at a concert.

According to the Crown Prince’s ambitious Vision 2030 plan, progress and reform in Saudi Arabia have just begun. Imprisoned activists and blurred boundaries ensure that even with the rights granted in recent years, Saudi women will enter this decade of advancement with caution.