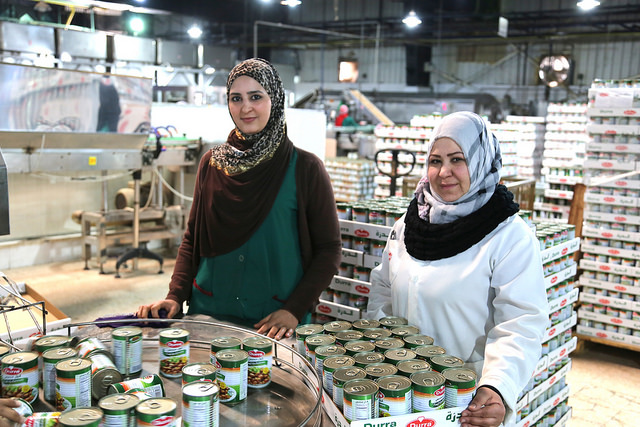 Several factors have largely prevented women’s empowerment in Jordan such as discrimination within its laws, as well as violence that are perpetrated against them. They continue to be denied equal citizenship rights as they face gender-based discrimination in regards to family laws, provisions of government pensions, and social security benefits. Violence against women are not infrequent, as the protection mechanisms that are put in place are often not effective.

The government, aware of this inequality, has taken steps to improve women’s political status in the past years by appointing women to government ministries and high-level posts. In 2003, King Abdullah II appointed 7 women to the 55-seat upper house of the National Assembly.

A large number of non-governmental organizations have also worked to promote the protection of women’s rights in Jordan. They have had success in ending the silence on the issue of domestic violence by lobbying high political offices to denounce domestic violence and raising the debate of the issue in the media. The parliament’s rejection of several decrees and draft legislation has also focused on providing women greater equality. Advocates have made great strides in setting women’s rights at the forefront of political debates.

Unfortunately, although the constitution states that all Jordanian’s are equal, it fails to prohibit gender discrimination. Women’s advocates often cite the constitution which guarantees full equality between men and women. Yet, women are treated unequally concerning divorce, custody, and inheritance. There are also no laws that define or criminalizes domestic violence, and no enforcement mechanisms that ensure they will be implemented to promote and protect gender equality.

Currently, the USAID has partnered with the Government of Jordan and civil society organizations to support women’s empowerment in Jordan. There is now an education system in place that ensures equal access to both genders, with a highly educated female population. Jordan has low scores when it comes to women in the workforce and a lot of women are well-educated and many are university graduates but are unable to find proper employment.

Looking at the changing social practices, enhancement of support for policy reforms, and expanding access to female-centered services, changes have been and are being made for the women in Jordan. There have been 50 grants to community-based organizations to promote women’s political and economic participation as well as support for discussion of gender roles and stereotypes on social media platforms, such as Facebook.

Women’s empowerment in Jordan has drastically improved from eleven years ago. Instead of being overlooked, there are substantial efforts being made to include women in Jordan in the political and economic spheres and conversations concerning gender roles are becoming more prominent. Women’s empowerment is on the rise in Jordan.