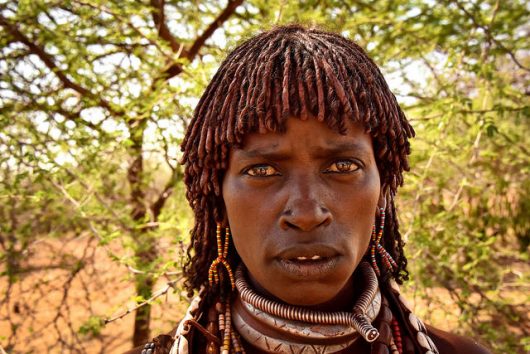 The Women, Peace, and Security Act (S. 1141) became a public law at the beginning of October 2017. The purpose of the bill is to ensure that women play meaningful roles in diplomacy and leadership, especially in regions of violent conflict.

The bill recognizes the importance of women as peacemakers in their communities and the power they have in promoting inclusive, democratic societies. If signed into law, this bipartisan legislation would establish gender equality as a priority in U.S. foreign policy.

Sen. Jeanne Shaheen (D-NH) first introduced the bill to the Senate in May. It then passed the Senate body without amendment in early August. The bill is the Senate-companion bill to H.R. 2484, which passed the House earlier this session.

The Women, Peace, and Security Act is really a culmination of years of bipartisan work throughout the course of several administrations. Versions of this bill have been presented in past sessions; in fact, a hallmark of the Obama administration’s foreign policy was the implementation of the National Action Plan on Women, Peace, and Security. Like the S. 1141, the executive order was established to promote global gender integration as a means of conflict prevention and peace-building.

A wealth of research demonstrates the successful outcomes gleaned from the participation of women in leadership roles. Women in conflict-affected areas have been shown to be effective in combatting violent extremism, countering terrorism and resolving disputes through nonviolent negotiation. Furthermore, the presence of women in government is critical in the creation of sustainable, democratic policies in post-conflict relief scenarios.

When women are invited to participate in decision-making, the whole community is elevated. Studies suggest a positive correlation between a country’s gender equality and the strength of its economy. Thus, not only would women in leadership promote global security, but it would also fight poverty.

Representative Eliot L. Engel, Ranking Member of the House Committee on Foreign Affairs, stands firmly behind the Women, Peace, and Security Act. He is concerned, however, about the current foreign aid budget. The new budget would see funding reduced by more than one third.

He said of the proposed cuts, “The Administration’s budget proposal would slash funding for diplomacy and development to dangerous levels, and a current redesign effort at the State Department might strip out initiatives like women, peace, and security. I hope that won’t happen.”

Indeed, with mounting evidence to verify the importance of female leaders, programs that endorse the progress of women cannot afford to be forgotten in a time of such global upheaval. Were this bill to pass into law, it would reaffirm the United States’ stance on gender equality. Furthermore, it would pave the way for comprehensive global policies that sustain peace and economic security.