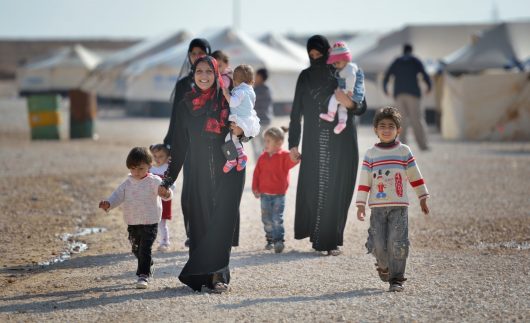 The country of Jordan, a critical American ally, has been mostly ignored while the spotlight has been focused on Syria’s other neighbors, such as Turkey, Iraq and Lebanon. Yet, it has recently been noted that Jordan has taken on the burden of housing as many as 635,000 Syrian refugees, and has struggled with a disturbing rise of extremism. Another issue that has gone unnoticed is the surprising effects of extremism on women in Jordan.

Jordan is the world’s third-largest contributor of ISIS supporters. Research has shown that about 9,000 to 10,000 Jordan citizens are supporters of ISIS or other jihadi groups.

Until recently, young men have been considered the leading targeted group for recruiting extremists and thus have served as the perceived main threat to adjacent moderates and to other countries including the U.S.

In response to a large number of ISIS supporters, Jordan’s government has declared it is going to implement a new plan to fight the threat of radicalization by increasing security measures as well as implementing a project designed to target radical preachers and the young men perceived to be at the highest risk of indoctrination.

However, U.N. Women has published a study that has shown women in Jordan are equally or more affected by radicalization than men. The study shows that women are affected because of women’s lack of public space, the strict gender norms, and the increasing violence against women. These issues often leave women feeling as if they have no sense of belonging, with animosity toward certain political groups and searching for a greater purpose and a greater sense of identity — the main triggers associated with radicalization.

Islamic extremists target women, specifically, so that their children and other family members will already be indoctrinated into the group. Also, women are used as messengers to spread a doctrine across the community and often radicalized women congregate and develop a type of sisterhood.

The causes of radicalization can be reconditioned so that women in Jordan, instead of being victims and perpetrators of extremism, can be allies in the fight against extremism.

In other countries, the report has shown women can serve as monitors for threats of radicalization and help reinforce the status quo within their communities and families. However, this can only be achieved by facilitating the voices of women in Jordan and including these women in the decision-making processes within politics and academia, as well as increasing the opportunities for female imams.

Although Jordan is making efforts to fight the threats of extremism, the effects of this extremism on the women in Jordan need to be addressed. In order to fight extremism, violence and discrimination toward women need to be alleviated. Women have a strong influence over their families and communities; therefore, it essential for them to feel appreciated and feel that their voices are being heard in order for them to feel less inclined to join the extremists. Although women are victims of hate crimes, they are also, surprisingly, powerful influencers of radicalization.