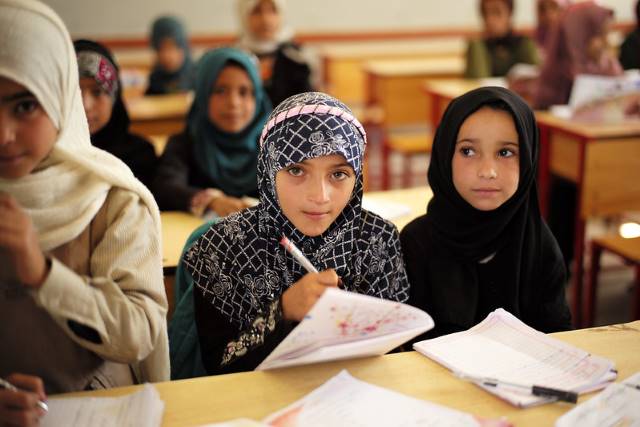 The impacts of the war in Yemen continue to cause tremendous humanitarian suffering, with more than 24 million people in need of assistance. The persisting armed and political conflicts in Yemen have already reversed human development by 21 years, leaving around 19.9 million lacking sufficient healthcare and 16.2 million experiencing food insecurity. The humanitarian crisis disproportionately impacts women and children in Yemen as they are more vulnerable to mortality, malnutrition, violence and health issues.

Women and Children in Yemen

In 2019, more than 12 million children in Yemen needed humanitarian assistance and 2 million children were not attending school before COVID-19 even set in. In 2020, the Integrated Food Security Phase Classification (IPC) Acute Malnutrition analysis analyzed 133 districts in southern Yemen. The analysis reveals a 15.5% increase in young children experiencing severe acute malnutrition. This fact puts 98,000 children at risk of death unless an urgent intervention exists.

In 2018, Yemen’s Gender Inequality Index (GII) value was 0.834 compared to the world average of 0.439. This reflects the female struggle to improve well-being due to gender disparities that affect reproductive health, education, employment and more. The conflict and impact of COVID-19 in Yemen have increased food insecurity and affected nutrition and access to health services, leaving at least 250,000 pregnant or breastfeeding women requiring malnutrition care in 2020.

The crisis in Yemen has disproportionately affected women and increased their rates of poverty, hunger and displacement.

The Effects of the Crisis in Yemen on Women and Children

Save the Children is the largest aid organization in Yemen. Its teams are assisting children in receiving essential care. The organization, which began responding to the crisis in Yemen in 2015, has provided more than 3 million children with life-saving care. The teams attend to children younger than 5 years old who are experiencing malnutrition. Save the Children also has temporary learning programs in place to address the lack of education during the conflict. The organization has also supported nearly 100,000 parents to secure the basic needs of their children.

UNICEF responded to the crisis in Yemen by providing physical, mental and medical health care services to children and families. In 2019, UNICEF reached more than 390,000 children and parents/guardians with psychosocial support. UNICEF also gave measles inoculations to more than 556,000 children and reached 2.3 million children under 5 with primary healthcare services.

The Women, Peace and Security (WPS) Agenda aims to strengthen women’s participation, reallocate power and protect women’s rights in various countries. Women’s organizations, civil society, government agencies and U.N. entities collaborated to develop a National Action Plan (NAP) for Yemen in 2019 that aligns with the WPS Agenda to protect women and increase women’s involvement in political, economic and social expansion. The NAP should meet its goals between 2020-2022. The main objectives are:

The above organizations and strategies work to ensure the health, protection and well-being of millions of women and children in Yemen. This support can safeguard the world’s most vulnerable groups during times of crisis and conflict.