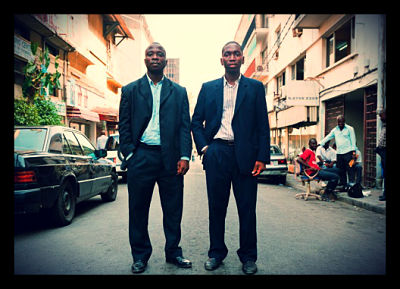 The issue of Africa’s emerging economy has been a staple of global news for the past few years. Many realize now that political stability is starting to become common throughout many African nations, and economic stability is following suit. The recent case of Somalia is a good example. Somalia has had its first fair election since the start of its civil war and even established a new constitution. And now they are enjoying the benefits of an improving economy, particularly in the capital city of Mogadishu.

Carlos Lopes, the UN Under-Secretary-General and Executive Secretary of the Economic Commission for Africa (ECA), is one of the experts who is extremely optimistic about Africa’s economic future. He explains that African economies are gradually shifting from a reliance on the agricultural sector to a reliance on the industrial sector. He claims that the economic conditions are in place for most African countries to be middle income level by the year 2040.

Lopes argues that in the coming years, African nations should not have to rely as much on the export of soft commodities (e.g. cocoa, cotton, and sugar) to other countries, and that there will be a transformation into an industrialized economy. “Yes, we need to produce agricultural products big-time—but for Africa,” not for export to other countries, says Lopes.

We are already seeing signs of the growth of the middle class in Africa. Over the last decade, six of the world’s 10 fastest growing economies were African nations, and the World Bank even recently stated that about half of the countries in Africa had attained middle-class income status. Jacob Zuma, President of South Africa, recently argued that the emerging middle class and the youthful population are going to be game-changers in how Africa deals with economic issues in the future. Zuma noted that the expansion of the middle class is beneficial for Africa, because it means a growth in a population with skills to help manage the economy.

Regional executive for Starwood Hotels in Africa recently said that “Africa’s middle class is almost as large as the entire populations of Russia and Brazil combined.” At this rate, it seems that Lopes’ prediction of a complete middle-class transformation in Africa is not so far off.