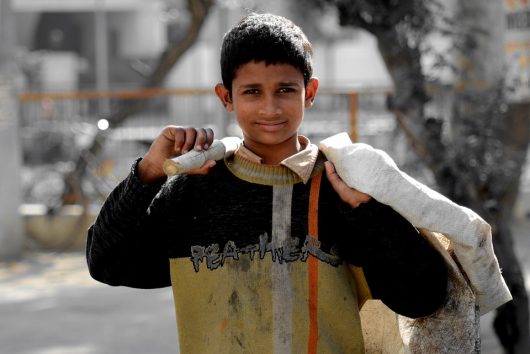 Poverty has causes deeply rooted in evolving human interests. In today’s society, the interpretations for why poverty exists have become intertwined in history, politics and the economy. The big question being asked—are people suffering needlessly?—deserves an answer.

A Lack of Resources

The World Health Organization reports that nearly 700 million people in the world lack access to safe water. According to The World Food Programme, nearly 800 million, or one in nine people, lack the food and nutrition necessary to live a healthy and active life.

Water and food are becoming an increasingly large concern as the world population is expected to reach between nine and 11 billion by the end of the century. However, the world already produces enough food to feed 10 billion people. Furthermore, with desalination and water recycling technology, supplying safe drinking water to even the driest areas of the world is possible with enough energy and money.

Despite the rising population, there are currently more than enough resources to nourish everyone, and there exists a significant incentive to disperse these resources. Every U.S. dollar spent on water and sanitation returns $4 to the global economy. Likewise, every dollar spent on proven nutrition interventions returns $16, as adequately nourished children go on to have higher IQs, increased education and better salaries.

On the right track, Congress recently passed the Global Food Security Act, which provides a platform and allocated funding to develop a global nutrition security strategy. Many developed nations have similar programs, but despite the economic incentive to provide water and food security, not enough funding is provided for these programs. There have been steps taken to end resource poverty but not at the necessary scale.

A Lack of Education

At the heart of many narratives, and perhaps a symptom of the larger issue, individual shortcomings are the reasons why poverty exists. Those who are unable to compete in the market do so because they lack skills relative to the population at large.

For many, disadvantage takes the form of fewer opportunities for education and economic growth. More than 72 million children of school age are not in school, and 759 million adults remain illiterate and unable to better their living conditions.

For others, disadvantage begins with conception. Prenatal malnutrition, drug use, environmental toxins and even stress can lead to poor brain development in the womb. Poor development begets poor performance as well as inadequate skills to compete economically. A lack of skills and education becomes the cause of one generation’s poverty, and a symptom of that of the next.

Many steps in the cycle of why poverty exists are easily preventable. Over 16,000 children under the age of five die of preventable causes, and 800 women die everyday related to childbirth and pregnancy. The Reach Every Mother and Child Act, which has been introduced to the House and Senate, aims to help save the lives of 600,000 women and 15 million children by 2020, and will help to ensure healthy development. Healthy, well-nourished children are much easier to educate.

Political systems that favor the wealthy may not have the interests of the working poor at heart. Corrupt governments prevent aid from reaching those in need. Social structures may prevent movement between classes. Historical exploitation of a country’s resources may have long-lasting effects, and oppression of a population leads to large income disparities. One does not have to search far to find documented examples of each of these depravities, and they even point to a larger problem than just a lack of resources or skills.

If we are in fact past our colonial era, then our involvement in developing countries should be in the interest of cultivating a global economy–one that works for all countries involved. Allocating funds to foreign aid and growth is a step in that direction. Domestic and foreign interests need not be mutually exclusive.

Successful poverty reduction exists but could be improved and expanded with more time and resources. The U.S allocates only 0.19 percent of its gross national income to foreign aid. Only six countries have ever met the target laid forth by the Organization for Economic Co-operation and Development, which sits at just 0.7 percent of GNI. Not only will aid help improve the global economy, but also many developed countries play a role in creating the political and social inequalities listed above. With economics and ethics on the side of the poverty reduction, is 0.19 percent cutting it?.

In a fair world, choice will be the only reason for why poverty exists, and at that point it can be deemed inevitable, but at present, the suffering of many stems from causes, if not within our control, then within our reach.

So You Want to Become a Senator? International Development Association: Working in Myanmar
Scroll to top