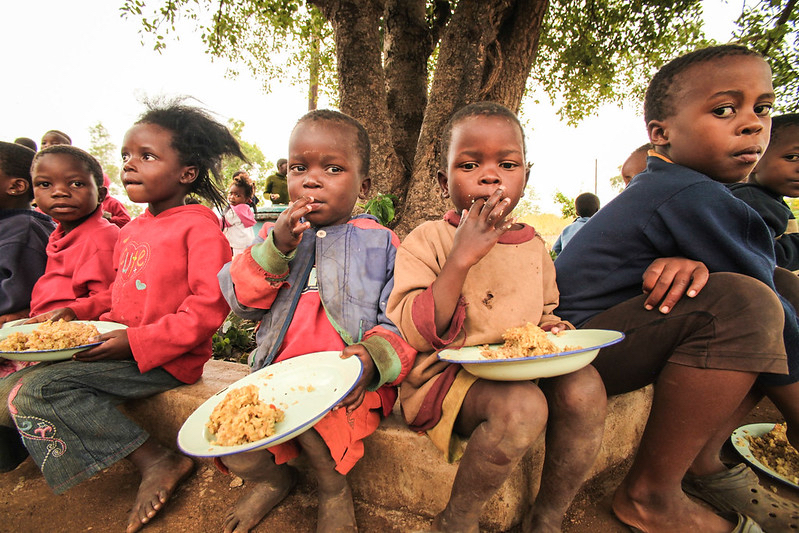 Buffeted over the course of the last few years by drought, the high prevalence of HIV/AIDS and increasing food insecurity, the Kingdom of Swaziland continues its struggle with poverty. It is a lower-middle-income nation with approximately 63 percent of Swazis living below the poverty line. Why is Swaziland poor?

In understanding why Swaziland is poor, there is a need to explore the unequal distribution of land and wealth within the nation. A small, landlocked country in southern Africa, Swaziland is home to 1.1 million people. The majority live on government-owned Swazi National Lands, often less than one hectare in size. On the other hand, private title deed lands receive significant investment and produce important Swazi exports like sugar and wood.

With a rapidly increasing population size, land availability has decreased, and Swaziland’s poor have been forced to farm on the increasingly over-cultivated land. According to the International Fund for Agricultural Development, the intensification of land use may lead to a further decrease in productivity, poorer living conditions and an increase in a number of people living in poverty.

During the 2015-16 agricultural season, Swaziland, already susceptible to low and unpredictable amounts of rainfall, experienced one of its worst droughts in the last 35 years. The drought caused poor harvests and a decrease in food security, which now affects more than 30 percent of the population. Approximately 6 percent of children under the age of five are underweight, and 3 percent of Swaziland’s annual GDP is lost due to child malnutrition.

The answer to the question of why is Swaziland poor must also consider the presence of diseases like HIV/AIDS. According to the Centers for Disease Control and Prevention (CDC), Swaziland has one of the highest rates of HIV/AIDS in the world. This leaves nearly 45 percent of children orphaned and vulnerable. HIV affects 26 percent of those between the ages of 15 and 49, greatly diminishing the country’s workforce and life expectancy, which is approximately 49 years.

Swaziland also has one of the highest incidence rates of tuberculosis, and 80 percent of tuberculosis patients are also affected by HIV. In its effort to provide care and treatment to HIV and tuberculosis patients, the CDC has provided thousands in Swaziland with antiretroviral treatment, HIV testing and counseling services since 2012. These services attempt to both help those needing treatments and ease the strain put on the economy by these diseases.

According to Geremia Palomba, in charge of conducting the International Monetary Fund 2017 visit to Swaziland, the main challenges currently facing the country are the significant fiscal readjustments and reforms needed to ensure future economic stability.

“Policies need to be carefully designed to address the main sources of recent fiscal deterioration and include both expenditure and revenue measures that can support long-term growth,” Palomba stated in an end-of-mission press release. “Structural reforms to address the lack of skilled workers, better align wage and productivity dynamics, simplify business regulations and strengthen the institutional environment have the potential to significantly boost investment and employment.”

By focusing reform efforts on these particular issues, Palomba believes that Swaziland may be able to achieve sustainable economic growth that is both strong and inclusive and will contribute greatly to the lasting stability of the country.