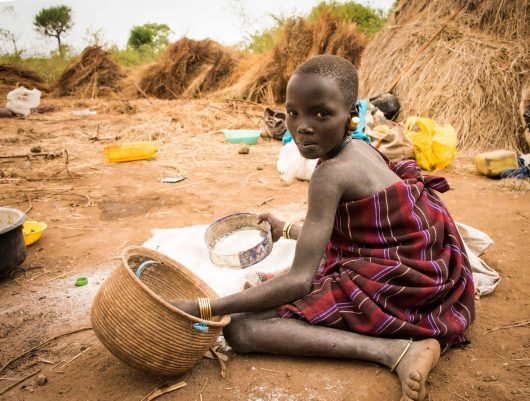 For the first time in human history, the goal of eliminating poverty is within our grasp. Recently, the World Bank announced global poverty has fallen below 10 percent for the first time, a measure the organization defines as a person living on less than $1.90 a day.

Where does this level of poverty come from? Are resources limited?

According to the CIA’s World Fact Book, the per capita gross domestic product (GDP) of the world at purchasing power parity is $21,470. That means the value of goods and services produced for every person in the world each day is about $58.78.

Aid can take the form of instruction. New efforts related to relief have revealed poverty can be reduced by offering productive assets, training and cash to people living in destitute countries. The non-profit Innovations for Poverty Action tested what they call the “Graduation Program” in a nine-year, six-country study following 21,000 adults in 10,495 households in India, Pakistan, Ethiopia, Ghana, Peru and Honduras.

The program successfully reduced poverty through providing goods such as livestock, business advisement and a small amount of cash to live off of while receiving training. Testers found a boost of 133 to 433 percent on investment. In other words, for every dollar spent on the program in India, participants received an increased income of $4.33.

The creators of the Graduation Program understood poverty is a vicious cycle that can be hard to break free from. People living in extreme poverty often have to choose between immediate gratification like eating every day and long term investment like procuring an education. By providing immediate aid to people in need, we can help them out of poverty by allowing them to focus on learning the skills they need for self-sufficiency.

The world without poverty is possible and desirable. The six countries that field the most expensive militaries spent almost a trillion dollars on defense expenditures in 2015 alone. Despite this astronomical military spending, our world remains locked in conflict. Removing poverty would make our world more stable. Access to economic opportunity helps insulate populations from extremist ideologies. By shifting a fraction of what we spend on defense to international aid, we can eliminate global poverty in a generational period.

In turn, a poverty-free world would create expanded overseas markets and additional job opportunities in developed nations. A future without poverty is a more productive one. By coming together to tackle the plague of destitution around the world, we have the opportunity to advance the human condition and eliminate global poverty in a way no one has done before.