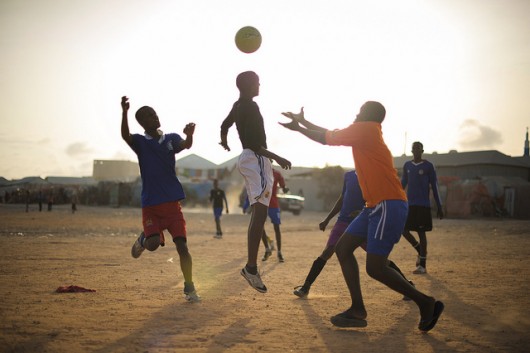 Located in a country right in the Horn of Africa, Mogadishu or Xamar, the capital of Somalia, is the largest city and seaport in the country. The city lies north of the equator on Somalia’s coast on the Indian Ocean.

Considering its location, it is not surprising that Mogadishu was Somalia’s major port for centuries and has since served as the commercial and financial center of the country. Previously known as the “White Pearl of the Indian Ocean,” the city has undergone much turmoil, given its conflicts between competing warlords and various militias until 2006.

Mogadishu started to expand steadily in 2010 with the election of a new technocratic government and the start of federal control of the city. In 2013, Mogadishu’s population was estimated to be around two million people.

At present, the people of Mogadishu can look back at the past and see how far their city has come — from the days of war, when women were forced to wear niqabs and children were not allowed to play football on the streets, to present times, when women can wear modern clothes under their abayas.

Somalia’s first female presidential candidate is Fadumo Dayib, the daughter of Somali parents who was born in Kenya but grew up in Somalia and Finland. Though Fadumo did not learn to read and write until the age of 14, she managed to earn a master’s degree in health care and public health.

During the time she worked with the United Nations, she realized her passion was to do more to help Somalians.

From the perspectives of Somalians like Fadumo from the diaspora, returning to their country, Mogadishu is growing very quickly. As described by Laila Ali in the Guardian, Mogadishu is becoming like “Manhattan or Central London…new buildings and businesses are emerging from the carnage and lawlessness that pervaded the East African country for more than two decades.”

Mogadishu is rising from the dust after 23 years of conflict and is growing at a rate of 6.9 percent as the world’s second fastest growing city. Despite its horrid past, this “White Pearl of the Indian Ocean” is surely making steps in the right direction due to an improvement in its security situation and economic pursuits.