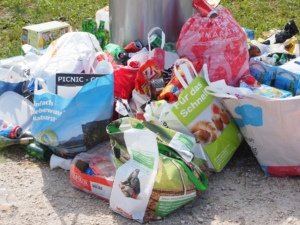 According to World Food Program (WFP) USA, food waste and global hunger are directly correlated. Food waste, alongside conflict, lack of resources and chronic poverty, is a key cause of hunger in the world today. Annually, as much as one-quarter to one-third–approximately 1.3 billion tons–of all food is wasted or lost globally. In sub-Saharan Africa alone, $4 billion in food was lost in 2011, significantly exceeding the amount of foreign assistance the region received that year.

The issue of global hunger is generally a lack of access to food, rather than lack of food supply. Considering that $1 trillion in edible food, enough to feed roughly 2 billion people, is discarded around the globe each year, it would seem that examining and addressing food waste could be a significant step in alleviating global hunger.

Projections indicate that a 25 percent decrease in global food waste could provide enough food to feed all who are malnourished in the world today. Food waste has multiple root causes, depending on the region and level of development where it occurs. In developing countries, food loss and waste is usually the fault of lack of technology and infrastructure in the agricultural and transportation sectors. Conversely, developed countries tend to create food waste because of overproduction or consumers purchasing more food than needed.

To combat food waste and global hunger, the United Nations (UN) and other organizations have created initiatives to increase efficiency in food production and minimize waste. One such initiative is the Global Agriculture and Food Security Program (GAFSP), to which the Bill & Melinda Gates Foundation, along with nine countries, pledged about $1.4 billion over the course of three years.

Since its creation in 2009, GAFSP has been able to target 2.5 million farmers, deploy approximately $332 million, approve 61 investments spanning 27 countries and approve 67 advisory projects across 30 countries in the developing world. Today, GAFSP is working on projects ranging from modernizing the dairy industry in Mauritania to promoting the growth of sustainable development in the palm oil sectors of Liberia and Sierra Leone.

These contributions, in addition to the $4.4 billion invested in the private sector by the International Finance Corporation in 2013, jumpstarted projects to provide access to seeds, equipment, information, markets and finances for producers and farmers in developing countries. The Global Irrigation Program (GIP), created by the IFC, continues to support irrigation suppliers and farmers by creating access to and availability of effective irrigation equipment, thus helping to manage water use in farming communities.

The Impact of Aid

The World Bank notes that initiatives such as these have led to significant improvements relating to food waste and global hunger in recent years. As a direct result of the International Development Association’s efforts, over 210 million pregnant and/or lactating women, children under the age of five, and adolescent girls in developing regions gained access to basic nutrition services from 2003 to 2013.

Food waste, along with other factors such as poverty and conflict, is a root cause of global hunger. Initiatives to address hunger and malnourishment worldwide have sought to improve the efficiency of food production and minimize sources of food waste; these initiatives are making significant progress toward the Sustainable Development Goal of eliminating hunger by 2030.