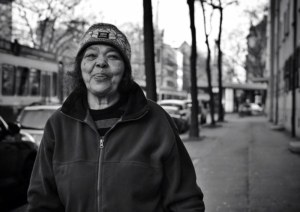 Switzerland is a well-off country with a high standard of living and a low poverty rate. While poverty does exist within the country, food security is not much of a concern due to strong welfare programs. This is because hunger in Switzerland is an issue that the government takes seriously and works hard to improve.

Switzerland has a high overall standard of living, but this comes with a high cost of living that can alienate impoverished people. Both Zurich and Geneva are some of the most expensive cities in the world in which to live. Even against other developed countries with similar standards of living, Switzerland is expensive. The average total household expenditure in Switzerland is about 60% higher than the average of the European Union.

The price of living in Switzerland is steep. Swiss health insurance is mandatory by law, monthly rent is relatively high, and transportation and grocery costs are significant expenses. Switzerland also boasts some of the highest salaries in the world, which offsets the costs of living. However, of the 7.9% of Swiss residents living below the poverty line— about 660,000 people—still struggle to afford what they need. However, poverty in Switzerland is relatively low. Government welfare programs help impoverished people get back on their feet.

Hunger in Switzerland is rare due to the fact that Swiss welfare payments cover necessities such as food, clothing, housing, health insurance, and other personal needs. Upwards of 270,000 Swiss residents receive some sort of welfare, distributed at the cantonal level to residents living below the country’s poverty line. This amounted to about $2.85 billion spent on welfare throughout the entire country in 2018.

There are several guidelines about who qualifies for receiving welfare and how welfare benefits can be spent. They include housing within a certain price range, cars covered for health reasons or jobs inaccessible by public transport, and welfare not covering expenses for pets. Welfare recipients are not eligible to become Swiss citizens while receiving welfare or for three years after (although the wait is longer in some cantons).

The social assistance programs work to ensure Swiss residents are receiving the help they need to survive and get back on their feet. 8% of welfare recipients need help for six or more years, 20% require assistance for only one or two years, and about 50% receive welfare for less than a year. Aggressive and good quality welfare programs ensure that hunger in Switzerland is a very rare and easily fixable issue.

While hunger in Switzerland itself is not much of an issue, Switzerland works hard to assist global food security.

The Consultative Group on International Agricultural Research (CGIAR) is a global partnership for agricultural research.  CGIAR is one of Switzerland’s 15 priority organizations for global development. It supports research in 80 countries on food quality and sustainable natural resource management. The goal of their research is to stabilize agricultural production and food supply for a rising global population. The Swiss Federal Council renewed its contributions to the CGIAR in 2019, pledging to contribute CHF 33.1 million or $35.9 million in the 2020-21 period.

Switzerland is dedicated to supporting other countries in facing food insecurity, as shown by the town of Basel which put together the event “Basel Gegen Hunger” in June of 2018. This was the second annual event for the campaign. The event raised funds and brought awareness to the hunger crisis in South Sudan. In six weeks, the residents of Basel raised more than CHF 53,000—close to $60,000—for people affected by the famine.

Hunger in Switzerland is low due to its comprehensive welfare programs. However, the Swiss are dedicated to fighting global hunger. Switzerland addresses hunger domestically and globally through agricultural research, giving money, and spreading awareness.