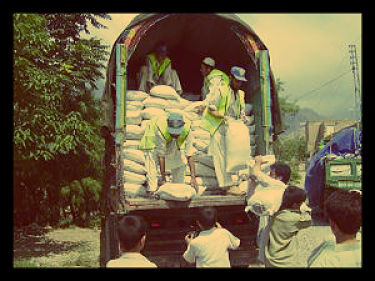 While some humanitarian organizations will avoid areas of conflict, members of International Relief and Development (IRD) seek it. IRD, a non-profit relief organization founded in 1998, believes that proper governance is necessary for all other sectors’ infrastructure to develop. Since 2001, it has initiated and managed over $1 billion dollars of infrastructure projects. The numbers, however, are less important when we want to see results.

The United States Agency for International Development (USAID) has been a partner and donor of IRD since its beginning. It is the largest donor to IRD and therefore, we can expect USAID’s vision of good governance and universal human rights to filter through in its work. IRD also partners with the US State Department, United Nations and World Bank.

International Relief and Development has over 2,900 staff worldwide. IRD prides itself on the fact that over 90 percent of these staff members are hired locally. There are currently 122 projects worldwide, the majority taking place in the Middle East.

In the West Bank, IRD was awarded the 2008 INP IQC ―Infrastructure Needs Program Indefinite Quantity Contract. This USAID-led 5 year-long contract was awarded to only four organizations; IRD was the only non-profit to receive the contract. The infrastructure building of roads, schools, and water development systems were the main focus of this 300 million dollar project. West Bank, located in the Palestinian territory near the state of Israel, is one the most desperate regions in the world that seeks independence and peace with its neighbors.

The challenge of obtaining potable water is found all over the world. In Iraq, IRD addressed the needs of 15,000 residents of a neighborhood in Baghdad. The Iraqi Community Action Program was granted the funds it requested. The funds, which came from USAID, helped a water production unit run at its full capacity, fully supplying the neighborhood with ample water. Instead of functioning on its previous level of 13,000 gallons per hour, it ran at 50,000 gallons per hour.

To understand what the solutions to poverty are, we have to understand that they are many. This includes vocational training to give people the skills they need in order to support their families. Some families lose a breadwinner in the family due to war or war-related violence. In Charsadda, Pakistan, IRD, in conjunction with USAID, implemented a vocational training program in tailoring, electrical work, auto mechanics, computing, and others. In addition to receiving the training, the 116 Pakistanis that participated in the program also received small grants to start their own business.

These projects and many more are just prime examples of the work USAID funds through reputable organizations such as IRD. With its professionalism, good ethics, and ability to work in all regions in the world, International Relief and Development live up to its name.