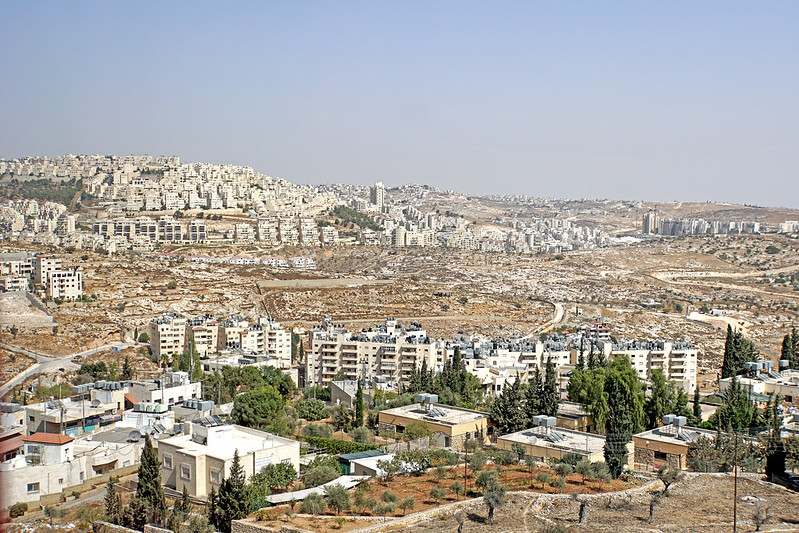 In the early 2000s, the decades of conflict between Israel and Palestine led many to demonstrate solidarity with the Palestinians. Around this time, Israel built the West Bank Wall that divides the territory. This wall has become a platform for artistic expression regarding the situation in the region and the overwhelming impoverished conditions. It also made way for a rise in poetic expression.

In the early 2000s, the Israeli government began building the West Bank Wall to isolate and separate regions and landscapes. It has become one of the many issues and burdens that Palestinians have had to face. The wall stretches for over 400 miles, longer than the Green Line, the 1949 border set between the two territories. Additionally, 85% of the wall lies in the West Bank.

Since most of the wall sits on the West Bank, the Israeli government seized Palestinian land and homes for its construction. Hundreds of families lost their homes, livelihood, farms and water sources. The rest were isolated from the other side of the wall. About 140 Israeli checkpoints control the area, which exists under Militia Law. Within the boundaries of the wall, Israel has denied Palestinians basic freedoms, humanitarian assistance and material supplies, all of which have worsened the living conditions, especially for those living in poverty.

Despite the West Bank Wall’s detrimental effect on the Palestinians, they turned to art for hope and an escape from the daily violence and impoverished conditions. The West Bank Wall became a literal platform for artistic expression regarding the circumstances. Palestinians have contributed to different forms of art across the entire wall, whether it be portrait, symbolism, graffiti or abstract. This marked the drastic rise of the use of art as a form of communication. It has also kept the Palestinian flag alive, which was banned by the Israeli authority. Even international artists, like Banksy, contributed to the symbolic street art and murals across the wall.

Art Initiatives by Anera and UNRWA

While the West Bank Wall provides a platform for Palestinian artists, NGOs like Anera and UNRWA have worked to implement educational art and music programs for young children in Gaza and the West Bank. Anera works closely with local arts, music and cultural organizations in the West Bank and Gaza to promote artistic expression and learning. Anera has implemented summer camps at several preschools in Gaza that use artistic expression to provide psycho-social support for children. Since the situation in Gaza is relentless and draining, especially for children, it is important to provide an outlet that promotes stress relief. These summer camps serve to use art as a way to remove children from the constant austere conditions and the stresses of life. UNRWA schools provide similar classes and camps for the same purpose; to mitigate the psycho-social effects of the conflict and the stresses of poverty.

Some Palestinian groups have even used art as a form of income. These individuals sell sewn accessories and painted portraits and landscapes of culturally significant symbols. A historical example that lives on to this day is The Sulafa Embroidery Project. Established in 1950, the organization employs several hundred women in Gaza and provides them with the necessary materials to create embroidered masterpieces. These pieces are sold internationally. In 2014, the women began making these pieces for the New York International Gift Fair. Unfortunately, due to the Gaza bombings in 2014, The Sulafa Embroidery’s initiatives temporarily ceased and The Poverty Alleviation Fund stepped in to ease the circumstances and allow the products and samples to reach the New York International Gift Fair.

Art, however, is not the only escape from the stressful and burdensome environment. Poetry in Palestine has been around for a very long time. From Mahmoud Darwish to Fadwa Tuqan, poetry is rooted in Palestinian culture. Recently, there has been a break from the traditional and classical Arabic poetry — often performed in coffee shops and saloons — and a rise in poetry and live performances of all kinds of performing arts among young Palestinians, all for a way to feel free.

In 2018, Mohammed Moussa, a Palestinian born and raised in Gaza, founded the Gaza Poets Society, a nonprofit group of more than 30 young aspiring poets and performers from Gaza who meet every week to write and share poetry as well as plan for a monthly live event of performances. “It’s easy to lose hope when you’re locked in a place where 70% of Gazans are suffering from depression, 60% are classified as poor and 65% of college graduates have no job and no chance of getting one because of Israel’s blockade on Gaza,” said Moussa on a 2018 campaign raising money for the Gaza Poets Society operations.

Moussa understood the burdens that came with living in Gaza. “I think I have experienced a lot, growing up here. I experienced genocides, wars, deaths, suicide, siege. I was a friend of chaos, I was born in chaos, I still live in chaos.” he said. Moussa was born in the Jabalia Camp, the largest of the Gaza Strip’s eight refugee camps. It is a place not unfamiliar with the struggle to find hope. To Moussa and the rest of the group, the Gaza Poets Society is one of Gaza’s biggest forms of optimism. “Poetry is a beautiful escape from the unbearable reality we live in.” He said. “Words hold us more than the ground does in this city. That’s what we feel about poetry.”

For many Palestinians, art and poetry began as a form of resistance. Now, it provides hope and faith in a better future as well as a soothing outlet from the difficult and trifling times of today.

Artificial Intelligence in Vietnam: A Tool For Development The Hungarian Water Pollution Crisis
Scroll to top