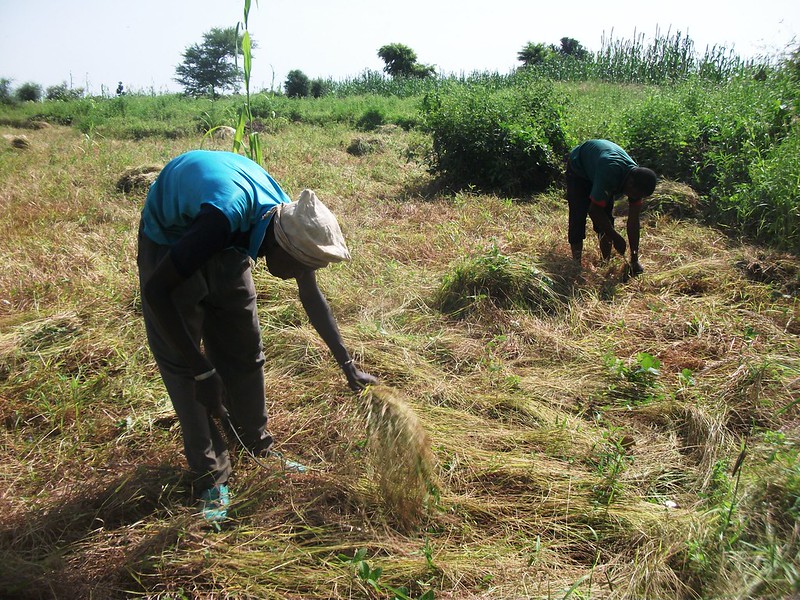 Fonio is a millet with small grains native to West Africa. It is a staple of many dishes in the Sahel region of Niger, Chad, Nigeria and Mali. Also, it has been compared to quinoa and teff by several food scientists. The grain, which has a nutty flavor, can be roasted, pounded or boiled to make bread, couscous and porridge. Also, its swift maturity cycle of two months and its health benefits (gluten-free and fiber-rich) has skyrocketed the popularity of this West African super grain across the Atlantic to Western grocery shelves.

The rise of fonio will benefit the farmers in the Sahel struggling with food security and poverty. A semi-arid region, the 10 Sahel countries experience only 12–20 inches of rainfall per year, making it difficult to sustain agricultural prosperity. Additionally, the GDP in this area ranges between $900 to less than $3,000 per capita — with oil and minerals being the main sources of income. Importantly, due to these nations’ fragile, political environments, business relations tend to suffer. Financial experts are looking at crops like fonio already native to the region so citizens in these countries can help grow the economy. In this same vein, activities like farming will help. Here are some ways the West African super grain will bring prosperity to the region.

Fonio: Loyal to the Homeland

For thousands of years, fonio has flourished in the arid soil of the Sahel region, just south of the Sahara Desert. Land that is not arable is beneficial for it, as the plant grows in poor soil with little to no need for fertilizers. Its long roots assist in providing topsoil and supplying the atmosphere with carbon dioxide. Farmers in the Sahel are familiar with its low-maintenance and use the crop’s ability to self-fertilize to grow other crops in conjunction. It is rotated with other crops to keep the desert land as fertile as possible. Since fonio favors dry, arid soil, the Sahel is one of the few regions in the world where mass production is possible. As the West African super grain continues to grow in popularity, its environmental selectiveness will be an advantage for Sahel farmers in monopolizing production and generating wealth in the region.

Fonio in the Culinary World

Pierre Thiam, an acclaimed Senegalese chef, restaurateur, author and culinary ambassador, founded Yolélé Foods to bring formerly unknown West African staples to the Western palate. In particularly, fonio. Earlier this year, Yolélé released a series of pre-seasoned fonio pilafs intended to be ready within minutes of opening. While the company focuses in the Brooklyn area, it imports fonio directly from the Sahel. To help farmers increase productivity, the company partnered with SOS Sahel, a nonprofit focused on improving conditions in the region. Additionally, Yolélé built the first industrial-scale mill in Dakar, the capital of Senegal (where Thiam is from). With the increased demand for the crop, hopes are high that farmers in the region will have a steady source of income for their labors.

If the popularity of the West African super grain is any indication, fonio could reach quinoa’s status in the culinary world. In Western homes, it is quickly becoming a key ingredient for those with celiac disease, as well as in gluten-free households. While citizens of these nations incorporate the grain into their salads, bread and cakes — farmers in the Sahel are working to ensure their way of life is not endangered by poverty and hunger.