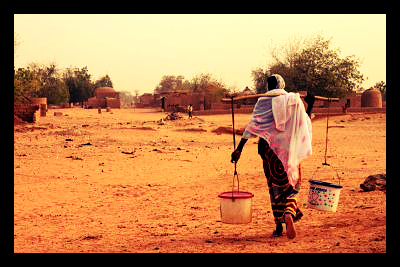 Despite years of economic growth, wealth inequality in Sub-Saharan Africa has continued to remain a problem for the region.

The World Bank stated in regards to the economic picture of Africa, “Economic growth in Sub-Saharan Africa remains strong with growth forecasted to be 4.9% in 2013. Almost a third of countries in the region are growing at 6%.” However, they also alluded to the distribution of growth. Much of African’s recent growth has not translated to a significant reduction of poverty.

According to the Acting Chief Economist of the World Bank Africa Region, Francisco Ferreira, “Africa’s growth has not been as powerful in reducing poverty as it could have been because of the high levels of inequality. Growth with equity is possible, but it also requires a decline in inequality in both outcomes and opportunities.”

Studies indicate that a lack of sound governance and system of taxation has been at the root of the inequality problem. Taxes are easily avoided by much of the population that embodies economic growth in Sub-Saharan Africa and the system of taxation is called for reform. Corporate tax breaks and offshore tax havens have been utilized to avoid redistribution of wealth.

With a smaller amount of income from the richer percentage of Sub-Saharan Africa, governments have placed more tax burdens onto the poor. The system of tax has long exacerbated the gap between the rich and the poor and development agencies are calling for fair taxation systems. It will in fact be a necessary endeavor in order for many African nations to meet their UN Millennium Development Goals in 2015.

However, the reasons for expanding wealth inequality in Sub-Saharan Africa are not limited to a lack of governance—and they also vary between different regions. In Madagascar, proposals have been made to monitor the living conditions amongst low-income rural populations over time. The efforts aim to understand the full scope of circumstances that allow for growing inequality, and are proposed to be implemented at the local level.

The World Bank has also announced that it plans to support countries in improving the reliability and frequency of data regarding trends in poverty.

Economic inequality has become a global trend with 2014 aiming to be a productive year in addressing it. The problem has become so alarming, that Oxfam reports there are 85 individuals who hold the same amount of wealth as the lower half of the entire global population. So in order for African inequality and the gap between the poor and the rich to be improved, successful initiatives and reforms will have to be made.