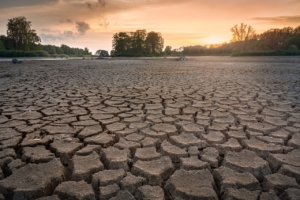 Water has become a scarce commodity for residents in Chennai, India. Reservoirs once teeming with water are now dry lake beds. Water levels in the area are the fifth-lowest recorded in the last 74 years, sparking worry about future water shortages. Drought-like conditions paired with the limited access to water are driving city officials and residents to find alternative sources of water.

Water is an integral part of everyday life in Chennai. At least 85 percent of the area is directly dependent on rain to recharge its groundwater. Agriculture is a big part of Chennai’s ecosystem and economy. Rain provides water for irrigation and livestock. Healthy living is another result of easy access to clean water. Rain provides water for drinking, cooking, cleaning and other household needs.

Recent records show that combined, all four reservoirs are at 1.3 percent of total capacity. In May 2019, Chembarambakkam only held one MCFT of water, Redhills held 28 MCFT, Poondi held 118 MCFT and Cholavarm held four MCFT. The water shortage is impeding the city’s ability to produce food, creating severe food insecurity and exposing its residents to unsanitary living conditions.

Various factors are contributing to the water shortage in Chennai. The most observable factor is the lack of rain. Typically, India’s monsoon rain season occurs between June and September. Similar to a hurricane or typhoon, monsoons bring torrential rains across India which replenish the region’s water supply. For the past couple of years, Chennai has experienced lower than normal rainfall. Even monsoon rain levels were recorded to be 44 percent lower than the average in June 2019.

Lower rainfall, combined with scorching temperatures, has created drought-like conditions in the area. To make matters worse, Chennai continues to grow water-guzzling crops like sugarcane, rice and wheat. With no improvements in sight, some Chennai residents have chosen to migrate out of the area to avoid the consequences of the impending water shortage.

Response to the Water Shortage in Chennai

City officials and residents are responding to Chennai’s water shortage and drought. Here are three ways Chennai is increasing and conserving its water levels: