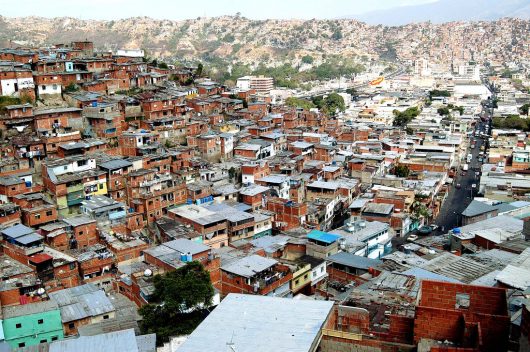 The Latin American country of Venezuela is located in the north of South America. Mostly known for its tropical climate thanks to its bordering the Caribbean sea, this country has been dealing with some concerning political changes for the past few decades.

Ex-president Hugo Chavez took hold of Venezuela in 1999 and handed over rule to Nicolas Maduro before his death, in 2013. The country has functioned under an authoritarian form of government for the past two decades.

With an oil revenue based economy, Venezuela was once considered one of the richest countries in Latin America. But in the year 2014, the country saw itself submerged in an economic crisis after oil prices fell in the economic market. As a result, resources of all types are now lacking in the country. Citizens struggle every day to get food and clean water for their families, electricity in their homes, medicine and other basic necessities to live. The lack of resources has lead to a humanitarian crisis caused, partly, by the government. In spite of the negative impact that Chavez had on Venezuela throughout his regime, one thing he managed to improve was water quality in the country. Investments towards social programs and sanitation helped improve the quality of water.

Chavez’s initiatives, though, failed in the long run. After Chavez’s death Maduro tried to solve the issue and has continued to try for three years now, but the government’s unresponsive officials have not helped to improve the situation.

Water quality in Venezuela has become an important issue that needs to be solved fast. The problem is to the point where not only is water not widely accessible to all citizens, but some of the water that is available has become contaminated and polluted. As awareness has increased so has the knowledge that Venezuela is in need of help to eradicate Maduro’s regime, secure human rights for all, and provide food and good water quality to its citizens. There is hope as Unicef, Chamos Charity, and more non-profit organizations are working every day with the citizens of Venezuela to help improve their way of life.

Water Quality in Sweden: An Effective ModelEducation in Lithuania
Scroll to top