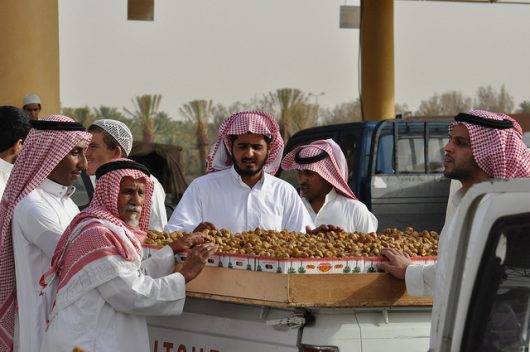 During President Trump’s recent visit to Saudi Arabia, he stressed the importance of combating global terrorism and addressing extremism within the country. With a population exceeding 28 million people, Saudi Arabia’s extreme temperatures and the shortage of groundwater have been detrimental toward providing sufficient amounts of consumable water to the country. The poor water quality in Saudi Arabia demonstrates a greater risk to the region than global terrorism does.

These struggles have led to problematic issues for the state to address, especially the water quality in Saudi Arabia. Since the country holds no permanent rivers or lakes and rainfall is a rarity, underground reservoirs were built in order to preserve water throughout the region. In addition to these reservoirs, Saudi Arabia utilizes desalinated water.

The process of desalinization extracts certain minerals from saline water, thus creating consumable water for the region. There are 27 desalination stations throughout the country, fully operable by the Saline Water Conservation Corporation. Together, these stations produce more than 792 million gallons of water per day for Saudi Arabia, which is currently the largest country that processes desalinated water.

As oil revenues continue to decline, Saudi Arabia has begun taxing water in order to address the region’s threatening debt. These taxes support the numerous warnings that predict the region’s groundwater will run out in the next 12 years. These warnings are spread throughout several Gulf countries, primarily due to the overwhelming water consumption throughout these regions, which highlights some of the highest levels per capita in the world.