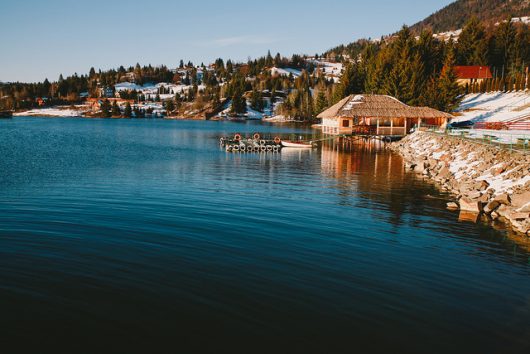 Upon traveling to Romania, one will find that there are no significant health risks. At least, no more than “any other European country,” according to the Lonely Planet‘s current health guide. In fact, the only water which travelers need to be wary of is collected water found in the country’s many mountainous areas, which make up 31% of Romania’s landscape.

However, despite being surrounded by water, water quality in Romania is still fairly poor, and Romania ranks 13th in Europe in terms of water resources. Many native Romanians living in rural areas still struggle with wastewater management, owing in large part to pollution from sudden economic development between the 1960s and 1980s.

The majority of Romania is in the Danube basin, with over a third of the Danube river’s length flowing through the country. As such, Romania relies heavily on water from the Danube, water that has had some inconsistent quality over the years.

Prior to the 1950s, water quality in Romania was fairly steady, with the Danube river providing a good source of clean, easily-accessible water. Beginning in the 1960s, however, large-scale economic and industrial growth led to widespread water pollution. The main form of pollution was agrochemical fertilizers, which released copious amounts of nitrogen and phosphorus into the water. This continued until roughly 1989 when new regulations to correct this problem were introduced, and development began to slow. Since then, water quality in Romania has increased significantly. However, it remains inferior to the quality present before this development.

In many areas of the country, groundwater still contains many nitrates, leaving 35% of the population without consistent access to public clean water and 47% without access to wastewater collection and treatment. Instead, many people in Romania simply opt to drink bottled water, as it’s cheap and available nearly everywhere in the country.

In Romania, it seems that to live in an urban, wealthier area means that the threat of unsafe water is relatively nonexistent. Meanwhile,  in poorer, rural areas, it is still a major concern. However, Romania does seem to be making some strides toward making water safe for all its citizens.

On March 22, 2008, the date which the United Nations has dubbed “World Water Day,” the Romanian government came together to organize conferences and discussion sessions and launched a campaign of social responsibility aimed at making clean water, which the UN names as a “fundamental human right,” available for all Romanians.