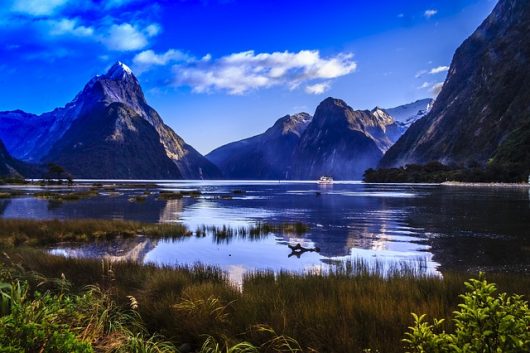 A Brief Background
A series of battles between 1843 and 1872 took place between Britain and the Polynesian Maori living on the island of New Zealand. This culminated in a British victory, marking the beginning of the island’s involvement with Western history. The newly- founded colony gained independence from Britain in 1907. New Zealand then participated in numerous wars alongside Britain until modern day. Currently, the nation has a nonpermanent seat on the UN Security Council.

Water Quality In New Zealand
The water quality in New Zealand is high when compared to other countries around the world. The rivers, lakes and wetlands provide the environment necessary for a wide variety of plants and animals to flourish. Rural areas today have seen no issues with the water quality.

The urban regions, however, suffer from having a substantially lower water quality when compared to the country’s more rural areas. In recent years, increased land use has caused its water to become increasingly polluted. Another reason for the increased land use concerns the nation’s agricultural sector. The beef and dairy industries in New Zealand have little regulation and companies involved often do not take efforts to ensure its waste does not contaminate local water supplies. This increased land use has disastrous implications for the aquatic life, drinking water supplies and water-based recreation in New Zealand’s economy.

As the water quality in New Zealand continues to decrease, so does the country’s available amount of sanitized drinking water. This negatively impacts the nation’s section of its economy that relies on fresh water.

The Plan For 2040
Prime Minister Bill English has created a new action plan to make 90 percent of the country’s waterways swimmable by 2040. The government hopes to accomplish this goal changing its water quality guidelines. Another method being implemented involves increasing subsidies to farms that are not polluting nearby water sources by $2 billion in the next 23 years.

Overall, the water quality in New Zealand is high in its rural regions; however, in more urban areas, increased land use and environmentally dangerous farming practices have reduced its water quality significantly. Nevertheless, the future looks bright for this country as long as the Prime Minister continues his action plan to improve the quality of water in New Zealand.