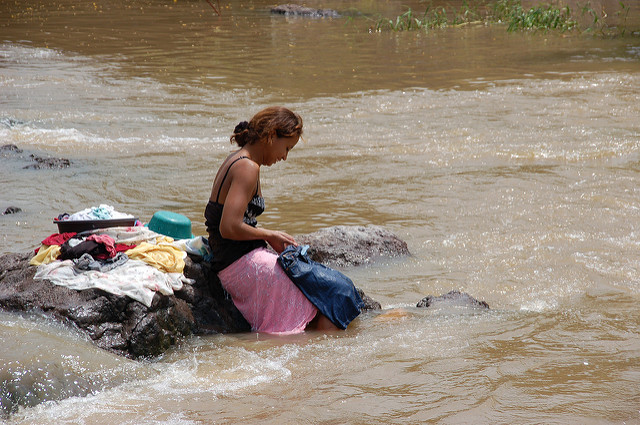 Honduras, a country in Central America, has a population of 9.1 million people. The country’s primary languages are Spanish, English, and various indigenous languages. Honduras’s life expectancy is an impressive 74.6 years, 3.2 years longer than the global average.

However, Honduras’s above-average life expectancy is not necessarily a reliable indicator of superb living or health conditions in the country. A reported 84 percent of Honduras’s population have rural access to clean water, meaning that 16 percent of the country’s people do not.

The lack of access to good water quality in Honduras demonstrates a divide between rural populations and the rest of the country’s people. This divide stems from the fact that people in rural communities often rely on small springs to obtain their water and this water is often contaminated and is not always reliable throughout every season.

Additionally, Honduras’s poverty is interfering with which groups of people in the country have access to clean drinking water. As the second poorest country in Central America, around 63 percent of Honduras’s population is reported to be living below the poverty line. Data on financial inclusion reports that families with lower incomes tend to not have as much access to improved water quality in Honduras because of their inability to afford it.

Organizations such as Water for People have been working to remedy the issue of water quality in Honduras, specifically aiming to help people in the country that need the most assistance, such as rural populations.

Water for People started its work in Honduras in 1997 and by 2006, only nine years later, the organization had aided over 90 rural communities in partnership with similar organizations. A year later, Water for People created a strategy specific to this region in order to better provide access to clean water for all of the different populations.

Though Honduras has a higher percentage of people without access to clean water when compared to the global average, the country has made significant progress in this area. Honduras met the Millennium Development Goal to reduce the number of people without access to sanitary water by half by the year 2015. Honduras was one of the only Latin American countries to meet this goal.