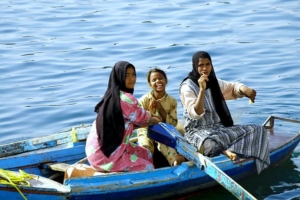 Since the days of the pharaoh, the Nile River has long served as the heart of the Egyptian community and provided 97% of the country’s water. However, currently, the Nile River is in a dire state due to massive strain from pollution and changing weather patterns. Being the lifeline of the nation, the state of the Nile River is not only symbolic of the current state of Egypt but all the water supply that runs through the city. The effects of water pollution in Egypt are now impacting the entire country and making it harder to access clean water.

To call the effects of water pollution in Egypt pernicious is an understatement, as the country has continued its struggle to access clean water. Being that most of Egypt depends on the Nile as its source of water, the fact that the river is being continuously contaminated with overwhelming amounts of items such as discharge, toxic chemicals, fertilizer residue, radioactive waste and oil pollution is truly horrific and dangerously deadly.

Another large cause of pollution in the water of Egypt can relate to certain Egyptian traditions. These customs include ridding their waste by casting it into the river while bathing and cleaning their animals in this same river water. These effects lead to mass breakouts of diseases, such as schistosomes, according to Save The Water.

Another issue that plagues Egypt is its lack of rainfall. On average, Egypt receives less than 80 mm of rainfall a year and only 6% of the country is arable and agricultural land, with the rest being desert. The effect of this is large water wastage such as an outdated method of irrigation where farmers pump gallons of water over the crops.

The largest effect of water pollution in Egypt is the scarcity of water that it leads to. According to the 2021 UNICEF report, “Egypt is facing an annual water deficit of around 7 billion cubic meters to the mass pollution of Egypt’s water sources.” Later in the analysis, UNICEF stated that according to its projections, it is highly possible that the country could run out of clean water entirely by 2025. This would affect 1.8 billion people worldwide, who will be living in complete water scarcity.

Reaching a Stage of Water Poverty

In January 2022, Egyptian President Abdel Fattah al-Sisi declared that his beloved nation “has reached a stage of water poverty.” According to Mohamed Nasr al-Din Allam, who is a former Egyptian irrigation minister, “Water poverty, as defined by the World Bank, is when a country’s renewable internal freshwater resources per capita are less than 1,000 cubic meters annually.” This is the bare minimum to successfully meet the people’s needs for water and food. It has not been since 1991 that Egypt reported living with less than the minimum water share.

Although the current effects of water pollution in Egypt are dier, there are possible solutions that the government is implementing and are in place to assist the citizens. In August 2021, the Egyptian Ministry of Water Resources and Irrigation revealed a four-step plan, which could assist in reducing the water crisis. The four-pronged strategy extends until 2050, with promises made to solve all water-related problems and effects of water pollution in Egypt, Al-Monitor reported.

With this plan in place, the water which flows through the Nile River appears a little clearer and the citizens of Egypt could soon be able to breathe a sigh of relief as well as drink a clean glass of water.