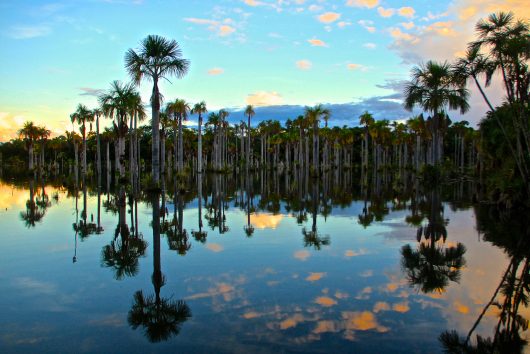 The 2016 Summer Olympics in Rio de Janeiro brought glaring international attention to the issue of water pollution in Brazil. Untreated sewage flows into coastal waters, particularly around Rio de Janeiro and São Paulo, the two largest cities in the country. Beaches are coated in trash, sand is reduced to a greasy sludge and the water is black and noxious.

In the weeks approaching the 2016 Games, the United Nations advised athletes to spend as little time in the water as possible, avoid swallowing water, cover cuts with waterproof bandages and shower as soon as possible after exposure.

The reason for these extreme precautions was due to the massive amounts of raw, untreated sewage that is allowed to flow through the channels and into the Atlantic. The worst affected areas in Rio de Janeiro are in the northern part of the city, where the low-income favela communities are concentrated. In these neighborhoods, the government has invested inadequate resources into water systems and sewage treatment.

Foreigners are not the only ones wary of the water in Rio de Janeiro’s Guanabara Bay. Locals know to not even dip their toes in, aware that they will likely get a disease from the sickening waters. It has been reported to contain high levels of bacteria and viruses that could likely lead to stomach and respiratory illnesses.

Water pollution in Brazil is not only a major health issue, but an environmental concern as well. Fishermen have seen major decreases in fish and wildlife populations in coastal regions. Where they used to catch six fish in an hour, they may now only catch one.

In response to international criticism, the Brazilian government erected “eco-barriers” across streams and rivers to keep trash from floating into Guanabara Bay. However, not only are they ineffective, the eco-barriers inconvenienced the poor and disenfranchised local fishing communities, cutting off the water routes fishermen used to get to Guanabara Bay.

For many poor communities in Rio de Janeiro, fish are a vital resource for both food and income. Fish are used to feed families and are sold at the local market to buy essential goods like rice and beans. Guanabara Bay is a lifeline for many desperately poor families and the eco-barriers disturbed their access to that lifeline.

What is worse is that the eco-barriers did little to stem the flow of trash into Guanabara Bay, only collecting about 7.5 percent of the rubbish. The inefficiency of government initiatives like this only exacerbates and prolongs the crisis of water pollution in Brazil.

However, one initiative looks promising. Under the umbrella of the Clean Urban Delta Initiative is a proposed solution to help litter pickers get more value from plastic waste by providing a low-cost plastic shredder and molding machine that can make plastic statues or trinkets that could then be sold to tourists at iconic sites in Rio. Local people would be given the opportunity to earn significantly more money, and the government may find some relief from the problem of water pollution in Brazil.