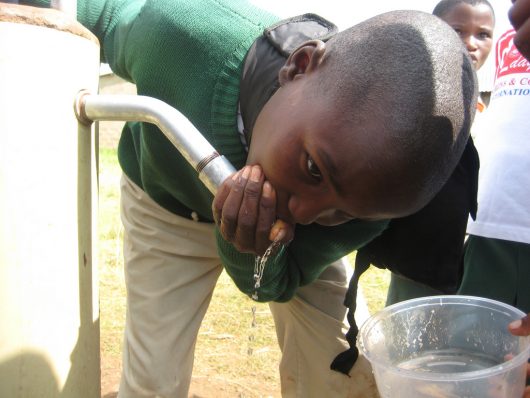 Lesotho is a small landlocked country surrounded by South Africa, located within the Orange River Basin. Water resources in Lesotho are abundant, but scarcity in supply is due to climate change and the Lesotho Highlands Water Project (LHWP).

Water resources in Lesotho include high levels of rainfall that collect and drain off into the major river systems of the Senqu (Orange), Mohokare (Caledon) and Makhaleng. Because these resources exceed the Basotho population’s current levels of use, the country exports water to South Africa and other neighboring countries.

Water is Lesotho’s main income generator, earning millions of dollars for the country each year though the LHWP. Despite Lesotho’s economic dependence on the richness of its water resources, the country faces some water-related challenges.

Even worse is the provision of sanitation in Lesotho, with 75 percent of people lacking access to adequate sanitation services. Without sanitation facilities, or access to working toilets or latrines, people’s only option is open defecation. Open defecation and the absence of washing facilities get associated with poor hygiene and an increased risk for diarrheal diseases.

The inability to access to safe drinking water and sanitation in Lesotho has impinged upon human development and poverty reduction. The Metolong Dam Project plans to increase water accessibility in Lesotho by 2020. Until then, the Basotho population has to deal with the chronic drought conditions and the far-reaching negative consequences resource shortages have for national health and development.