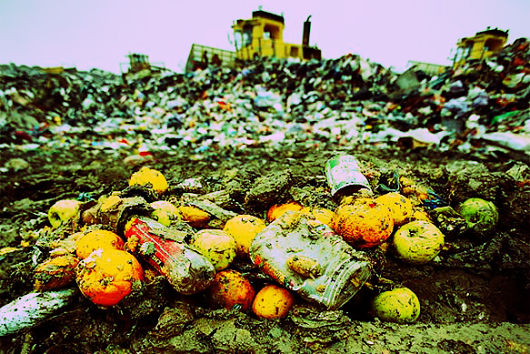 Each year, industrialized countries like the U.S. waste just about as much food as the total net amount of food that is produced in sub-Saharan Africa. That is 222 million tons wasted in comparison to 230 million produced.

In 2009, the amount of food wasted was equal to more than 50 percent of cereal crops produced globally, which is 2.3 billion tons of food.

The United States Department of Agriculture began its U.S. Food Waste Challenge in June of 2013. Along with the U.S. Environmental Protection Agency, their goal was to acquire 1,000 supporters by 2020.

Some of the goals are to minimize food wasted in school meal programs, find ways to reuse food that is rejected from the market due to “un-sellability”, estimate the amount of food waste in the U.S. each year, and discover new technologies that decrease that amount.

The initiative is much needed, considering that the average American consumer throws away ten times the quantity of food that someone in Southeast Asia does. That number has grown by 50 percent since the 1970s.

On average, American wastes about 40 percent of all food. Waste takes place on farms, in grocery stores, in homes, and in landfills. That is equivalent to 20 pounds per person, $165 billion, and one fourth of all freshwater per year.

Studies show that if America reduced food waste by just 15 percent, the amount of food saved could feed more than 25 million people per year.

Fresh water is a precious resource all over the world, and 80 percent of it is used to produce food in the U.S. Food production also uses half of the country’s land and ten percent of the nation’s total energy budget.

Yolanda Soto is looking to dramatically reduce the amount of food wasted in America by saving 35-40 million pounds of produce every year. She does this by collecting food rejected at the U.S.- Mexican border and shipping it to needy families in the U.S. and Mexico.

More than 50 percent of food grown in Mexico and imported to the U.S. is inspected and rejected at the border near Nogales, Arizona. Each trailer carries about $70,000 worth of food.

Soto started Borderlands Food Bank in the 1990s after being shocked at how much edible produce is tossed despite the high percentage of people plagued by hunger.

The organization’s focus is “to provide fresh, nutritious produce to people in need, advocate for the hungry, and help eradicate malnutrition and hunger.”

Beginning with the U.S. Customs and Border Protection, imported fruits and vegetables undergo inspection by around 40 different government agencies. Produce is taken out of commerce if it does not meet the USDA’s standards for quality and size.

“It’s perfectly good,” says Soto about the produce she redistributes, “but because it had some scarring, they couldn’t sell it. Who’s going to buy it?”

The truth is, American’s have this idea that in order to taste good, food has to look perfect. Anything less than perfect is rejected.