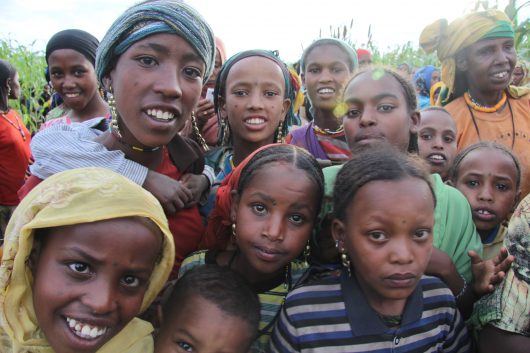 In Ethiopia’s capital, Addis Ababa, a landfill the size of 36 soccer fields is being turned into renewable energy, meeting the needs of 30 percent of the city’s electricity. The landfill, previously the only waste disposal site in Addis Ababa, made the news in 2017 due to an onsite landslide that killed 114 people. The new energy plant, known as Reppie Waste-to-Energy in Ethiopia, plans to turn 80 percent of the city’s waste into energy each day.

Waste is turned into energy through incineration, a process already popular in many European countries. About 25 percent of European waste is turned into energy and there are over 100 waste-to-energy plants in both France and Germany. Strict European Union emissions standards ensure that no harmful emissions from the incineration process enter the atmosphere, standards that the Reppie project will be held to as well.

Electricity is produced directly from the burning of waste. As garbage is burned in a combustion chamber, heat is produced. The heat boils water, creating steam, which in turn produces energy in a turbine. The emissions that occur in this process are cleaned before they enter the atmosphere, making this a renewable and sustainable source of clean energy.

The Reppie facility came into development out of a partnership between the government of Ethiopia and several international partners, including Chinese and Danish companies. This partnership came together to tailor the needs of the new energy plant to sub-Saharan Africa, as opposed to the waste-to-energy plants already operating in Europe.

The Ethiopian project further protects the environment and its citizens from harmful toxins that are released into groundwater supplies and the atmosphere at landfill sites. Methane is a harmful greenhouse gas that adds to the negative effects of climate change and is typically produced at landfill sites; this project will reduce methane emissions, as well as save space and generate electricity.

In addition to providing energy to three million people, the Reppie project plans to make an additional three million bricks from the waste and recover 30 million liters of water from the landfill. These materials will be additionally used to benefit the population of Addis Ababa. Furthermore, the plant will create hundreds of jobs for people who previously relied on scavenging at the waste site, a dangerous occupation.

In Ethiopia, only 27 percent of the population has access to electricity. While that number includes rural areas, in only urban areas such as Addis Ababa, the number rises to almost 92 percent. However, the Reppie plant is connected to the national grid and the introduction of waste-to-energy in Ethiopia will spread from urban areas and be able to serve rural areas as well, increasing access to electricity to all Ethiopians.

The Reppie Waste-to-Energy in Ethiopia will aid in reducing poverty conditions through increasing access to electricity, creating jobs and improving the environment to the benefit of human health. The plant will additionally be a model for similar plants across the continent of Africa. Already, seven other plants are being planned. These plants together will leave a lasting positive impact on both the environment and the energy needs of people across the continent.