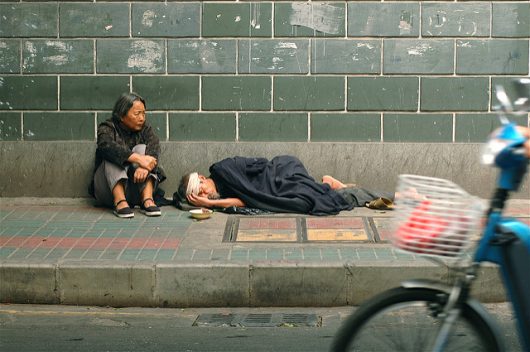 Over the past several decades, China has made a remarkable effort to decrease its poverty rate. Consequently, the nation has seen an exponential decline. This marks a dramatic and obvious shift in the country’s efforts to eradicate poverty.

According to data from The World Bank, approximately 756 million people were living in poverty in China in the year 1990. At the time, the total population of the country was 1.14 billion. In 2013, this number has decreased to around 25 million, while the total population has increased to 1.36 billion. This marks a decrease in the poverty headcount ratio from 67 to about 2%.

The number of people living under the poverty line has thus decreased at a nearly improbable rate. Additionally, the pace at which the number is dropping is picking up.

According to Reuters, approximately 12 million people in China in 2016 moved above the poverty line through the investment of 230 billion yuan into anti-poverty efforts. This equates to $33.5 billion.

The Chinese government is using these funds in an attempt to completely eradicate poverty by 2020.

When examining the tremendous progress made by the Chinese in the fight against poverty, it is important to note that the primary method has been a higher issuance of loans.

By allowing people to take out loans that typically work as microloans, the Chinese government is giving impoverished Chinese citizens the opportunity to pursue continued education opportunities and create small businesses. These are two essential factors for a growing country.

Despite continued efforts to fight poverty, this remains a major issue. According to The China Daily Newspaper, approximately 43 million people are living below the poverty line of 2,300 yuan per year, which is equivalent to $335.

This number is slightly above the poverty line that the Chinese government acknowledges. Consequently, these people are not technically impoverished, despite being unable to sustain a decent life with an income of this level.

China should definitely be proud of its advances in lowering the poverty rate in China. However, it is important to remember that fighting poverty is a war that will require constant support and effort.

Chhattisgarh Giving Free Smartphones to the Poor Why Is Azerbaijan Poor?
Scroll to top