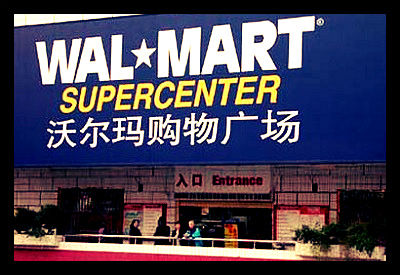 Walmart has sales reaching over $135 billion in 26 countries outside the United States making it the world’s biggest retailer. It’s also the world’s largest public corporation when ranked by revenue.

It has shattered the expectations of many small businesses that have either opened in a Walmart’s vicinity or have had a Walmart take over the local community. It’s a seemingly unstoppable force in the retail business. But looking abroad to several of the world’s largest economically sound countries, not a single Walmart store can be found.

On October 9, 2013, Walmart announced that it was breaking up its corporate partnership with Bharti Enterprises, which hints to the dissolving of its vision of opening up hundreds of stores throughout India. Scott Price, head of Walmart Asia, referred to the breakup being fueled by “poor investment conditions.”

This is a deeper issue than pro-small business owners and supporters celebrating over this breakup. When an individual, group, or corporation ascends to the heights that Walmart has in its respective niche, competition has no choice but either to compete and take a tiny share of the market or to hope that the empire crumbles.

While this decision by no means points to Walmart losing its stranglehold on the retail market, it sends a sign to most investors looking to put money in Southeast Asia. If Walmart is backing out and cannot make a steep, yet potentially rewarding investment, how can others?

Russia is another market Walmart has not tapped. For six years, Walmart has been in talks with a Russian-based company to join a partnership that would ease Walmart’s entry into the bureaucratically strict nation. Germany and South Korea are without Walmart stores, as well. Walmart was present in both nations until 2006 when it shut down all operating stores.

For Germany, it was a rather strange issue that possibly stems from cultural and sexual repression. German men did not like when Walmart clerks handed their groceries to them and smiled as they were leaving the store. They believed the friendliness was a sign of flirting which made them uncomfortable. South Korea has also found it hard to house a Walmart chain, as it preferred to stock electronics and clothing as opposed to food and beverages, which can be bought at local markets.

This is not a loss for Walmart as much as it is a rattling in its marketing process. This shake up abroad almost seems like collusion between governments not wanting to take away domestic profits from local businesses, and can anyone blame them?