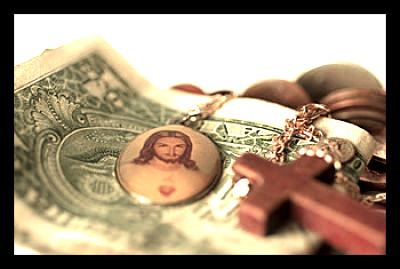 In an age where the acquisition of wealth and all of its shiny, glossy and overpriced accompaniments dominates the American dream, groups of individuals around the world elect to relinquish their worldly possessions, embracing a life of material destitution. Individuals who take the formal vow of poverty typically belong to a religious order, specifically, the Catholic faith.

The vow of poverty is often accompanied by the vow of chastity and the vow of obedience. Together, these three vows comprise the evangelical counsels. When an individual takes the vow of poverty, he or she chooses to renounce personal worldly possessions and instead engage in communal sharing of resources.

However, there is variation in the vow of poverty. For instance, the vow may abide by the vow for an extended or a limited amount of time. The vow may also apply to different classes of property rather than property as a whole. Additionally, the vow may apply to goods available in the present or goods expected in the future. Oftentimes, the vow entails the loss of rights over one’s personal industry. For instance, in certain cases, the vow of poverty rebukes the acceptance of any personal material profit, such as profits from labor.

In the Catholic faith, men and women have attempted to devote their lives to God through partaking in the evangelical counsels. In doing so, these individuals follow in the path of Jesus, whose life was defined by detachment from earthly possessions and earthly pleasures. Symbolically, the evangelical counsels represent an individual’s determination to resist, what religious organizations often view as, the temptations and perils of modern society.

Although individuals who take the vow of poverty renounce their non-sacred material possessions, they elect to secure spiritual, reputational, and humanitarian wealth instead. Furthermore, these individuals profess that God is the source of all wealth and therefore materialism distracts people from focusing on God.

Furthermore, another perspective motivating people to take the vow of poverty is the sheer inequality in the world. Rather than simply acknowledging the existence of poverty, individuals who take the vow gain first-hand experience, an experience that may better equip them to aid the poor in the future.