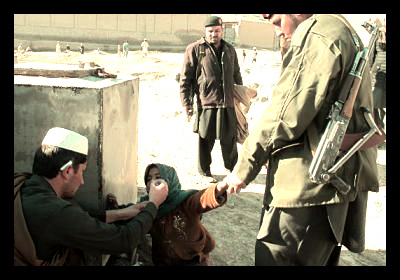 In the most recent attack against health workers, one doctor, three guards and two local employees of the World Health Organization (WHO) were kidnapped while administering polio vaccine in Khyber Pakhtunkhwa, a north western region of Pakistan.

Although no group has yet claimed responsibility, militants in the area have a history of inflicting violence against polio vaccinators, whom they accuse of sterilizing their children and being United States spies.

This attack follows a bombing in Peshawar, where a bomb targeting another polio vaccination team killed a policeman.

Polio workers have encountered violence in Pakistan since late 2006, when Taliban officials took control of Swat in the Himalayan region. They prohibited polio vaccination campaigns and vilified Lady Health Workers, many of whom stopped working due to direct threats to their lives.

Matters escalated even further after the assassination of Osama bin Laden in 2011. Under the ruse of a vaccination-campaign, CIA operatives infiltrated Bin Laden’s compound in Abbottabad, which allowed them to test his children’s blood and guarantee his presence at the complex.

Since then, Taliban violence against polio workers has continued unabated, with more than 40 people, including health workers, the police teams guarding them and bystanders having been killed in Pakistan. Torture is also not unheard of, as experienced by three members of a polio vaccination team late last year.

After a particularly violent week against workers in December of 2012, UNICEF and the WHO issued a joint statement condemning polio attacks.

“Those killed or injured, many of whom are women, are among hundreds of thousands of heroes who work selflessly to eradicate polio and provide other health services to children in Pakistan,” said the statement. “Such attacks deprive children in Pakistan of their right to basic life-saving health interventions and place them at risk for a disease that causes lifelong disability.”

Typically affected children under the age of 5, the virus may result in paralysis and death.

Polio remains endemic only three countries in the world, including Pakistan, but if left untreated, officials warn it could trigger as many as 200,000 new cases every year.