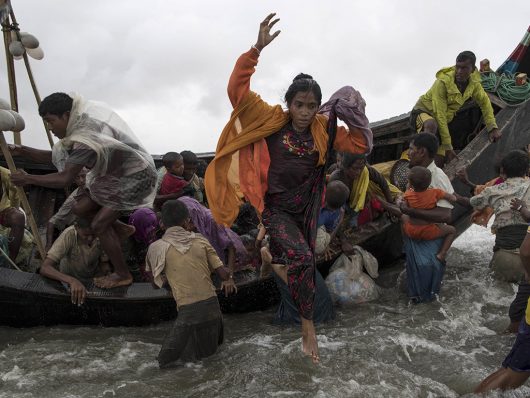 The Rohingya are the most persecuted people in the world. The population has lived in Myanmar for centuries, but the government continues to view the people as illegal immigrants. Across the border, Bangladesh believes the group is Burmese. Thus, the population is stateless.

What is the reason for so much anger and violence? According to MSN, the answer is “nationalism-fuelled racism.”

The majority of the Rohingya refugees arrive in Bangladesh on foot, crossing a border lined with landmines by the Myanmar army. The government denies reports of landmines despite numerous claims from NGOs, such as Amnesty International. Other refugees have used small boats to flee. However, some of the passengers have drowned or the boats have sunk. Accounts have been devastating for many of the refugees at sea.

These allegations made by the international community are horrific, and they paint a picture bordering on genocide. Myanmar’s government responded to these claims, stating its military was fighting a terrorist insurgency.

In July of 2017, Arakan Rohingya Salvation Army claimed responsibility for attacks with machetes and rifles in Myanmar. This single attack is believed to have triggered the mass violence and cleansing of the Rohingya population within Myanmar. The government of Myanmar has chosen to view the whole population as a terrorist organization, instead of locating the terrorists within the population.

The situation has become so extreme, the U.N. Security Council publicly rebuked the violence. The council acknowledged attacks on Myanmar security forces, but condemned the violence in response, urging for steps to end the violence.

The stateless people simply want a home, a land of their own. “We want to live peacefully in our native land. We don’t want to be on the strain of other countries,” Tun, a U.K. based activist, told MSN.