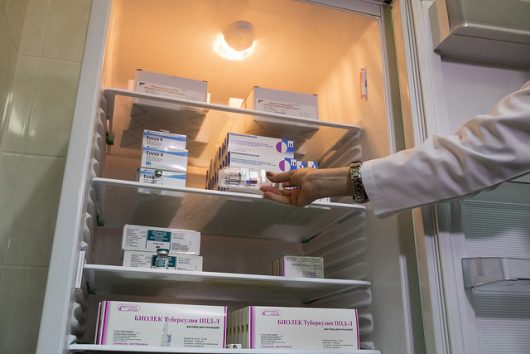 The South Asia region is home to over 1.7 billion people, 31.5 percent of whom are children. Across South Asia, up to one in four children is under-immunized or goes without vaccination. Since 1990, the region’s governments have made significant progress in increasing vaccination in South Asia as part of the United Nations Millennium Development Goal 4, which centers on strengthening routine immunization. Despite this, many barriers stand in the way of increasing immunization, such as a lack of funding, inadequate healthcare materials and a lack of consistent and reliable data on children’s vaccination needs.

In 2012, South Asia was one of many regions to adopt the Global Vaccine Action Plan in order to maximize the benefits of vaccination and aimed to achieve 90 percent of diphtheria-tetanus-pertussis (DTP3) coverage. Though progress has been made, with countries like Nepal and Bhutan achieving over 90 percent coverage, overall, South Asia lags behind other regions. Certain regions in Afghanistan and Pakistan have dangerously low immunization coverage and struggle with treatable illnesses such as meningitis and typhoid fever.

One of the main organizations trying to reverse these trends by increasing coverage in South Asia is Gavi, The Vaccine Alliance. Gavi has committed nearly $10 billion in funding for increasing immunization and vaccination in South Asia between 2000 and 2020. These funds are going towards vaccine development and implementation, especially in areas where refrigeration and effective vaccine delivery are not certain. One of Gavi’s most impactful developments was the introduction of a childhood pneumonia vaccine in Pakistan in 2012, making Pakistan the first country in the region to implement such a vaccine. Gavi has worked alongside UNICEF and the government of Pakistan, and they are still partnering to ensure the continued distribution of vaccines like this one.

Mixed success stories have been prevalent in the last decades when examining the efforts towards vaccination in South Asia. Bangladesh is one of the biggest success stories in the region; they heavily invested in health infrastructure and training after launching an Expanded Program on Immunization in the late 1980s. Since 1990, DTP3 has increased in Bangladesh by over 20 percent.

While certain South Asia countries struggle to implement uniform immunization measures, countries like India and Pakistan are changing things on a local level. Several districts in both states have implemented a system to recognize under-immunized communities and adopt corrective solutions. A recent breakthrough in India was the addition of a measles-rubella vaccine to their universal vaccination program.

As a region, South Asia lags behind other countries in terms of immunization and vaccination coverage, though certain countries have made great progress in the last decades. Thanks to the work of organizations like Gavi, the vaccine alliance, the future is brighter for South Asian children.