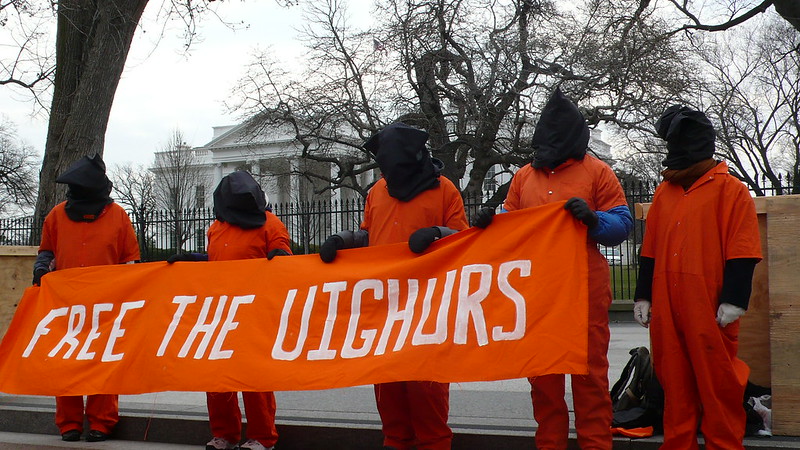 Xinjiang is located in China’s northeast corner. Of its 19 million inhabitants, 8 million belong to the Uyghur Muslim minority. Since the days of Mao Zedong, the Chinese government has consistently persecuted certain religions, including Islam. Separatist sentiments among the Uyghur population and their strong Muslim identity have made them a problematic minority for the government’s vision of a united, nonreligious China in Beijing. The spread of COVID-19 as well as the mass detention and forced labor of the Uyghur peoples illustrate the importance of properly enacting the Uyghur Human Rights Policy Act.

A History of Tension

The Uyghur peoples have a history of independence. In the 1940s, the Xinjiang region was independent for a short time. The Uyghur language, religion and culture are completely different from those of the Han Chinese. Since Xi Jinping became the General Secretary of China’s communist party, religious persecution against Muslims, Christians and other spiritual groups has increased. Ethnic tensions have intensified, as the Uyghurs are often painted as thugs, Chinese separatists and religious extremists.

Multiple Uyghur-led, anti-government acts of violence in 2014 initiated Jinping’s harsh crackdown on the ethnic minority group. This meant the mass detention of Uyghurs in re-education facilities, an effective and wide-ranging surveillance system and forced labor. The Chinese government states that these measures are part of its fight against religious extremism and terrorism. In 2017, Jinping claimed that “Xinjiang is in an active period of terrorist activities, intense struggle against separatism and painful intervention to treat this.”

The Chinese government has indefinitely detained an estimated 1 million Uyghurs in so-called re-education camps since 2014. The objective of these camps is to turn the Muslim Uyghurs into loyal citizens of the Chinese nation. Re-education includes forcing detainees to learn Mandarin and attempting to strip them of their Islamic faith.

Many Uyghurs in these camps must work in factories and other forms of labor against their will. Some global companies rely on products produced in Xinjiang. In 2012, Volkswagen came under heavy criticism for its decision to open a factory in the region’s capital, but the German car manufacturer is far from the only company to do business in Xinjiang. Uyghur forced labor is also critical to the supply chains of global brands such as Adidas and H&M.

The Perfect Environment for COVID-19 Transmission

Recent spikes in COVID-19 cases throughout Xinjiang, China have many human rights activists concerned that a massive outbreak could happen in the dense re-education camps and factories. Governments throughout the world have released inmates from tightly packed prisons to prevent COVID-19 transmission on a grand scale, but such a move by the Chinese government seems unlikely. Chinese nationalist hardliners may view an outbreak in these re-education facilities positively, based on their current treatment and detention of Uyghur Muslims. However, the United States can do something about this blatant violation of human rights through the aggressive application and enforcement of the Uyghur Human Rights Policy Act.

The Reasons the Uyghur Human Rights Policy Act is Important

Economic pressure from the U.S. government could help release many Uyghur people from detention centers, a measure that is especially important with a deadly outbreak of COVID-19 in the region. The Uyghur Human Rights Policy Act gives Congress the authority to impose strategic sanctions and export restrictions on products produced in Xinjiang.

The bill can encourage companies like Volkswagen to stop production in the area via sanctions, cutting off their access to the valuable U.S. market. This bill would thereby apply pressure on the Chinese government to change its policy of mass detention and forced labor of Uyghur Muslims. President Trump signed the Uyghur Human Rights Policy Act into law, giving himself the power to send Congress a list of “foreign individuals and entities” responsible for abusing the Uyghurs.

The U.S. has already sanctioned multiple Chinese companies over their actions in Xinjiang, but no sanctions have been levied on Western businesses that rely on forced Uyghur labor for their production or supply chains. Congress and President Trump have to power to more broadly and aggressively enact the Uyghur Human Rights Policy Act in order to institute real change in Xinjiang and avert the worsening of a human rights crisis.