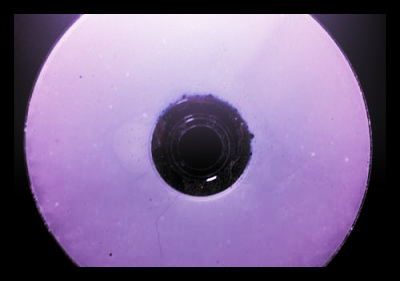 Can old compact discs, better known as CDs, really clean water? If so, how? Scientists at the National Taiwan University are now using old CDs to grow zinc oxide in order to break down the pollutants in water. Recently, Dr. Ping Tsai, a Taiwan University physicist, spearheaded this innovative project. He and his colleagues have now perfected a water treatment device that uses old CDs to clean water.

According to Taiwan University’s research team, the device uses the flat, smooth surface of the CD in order to complete this process. The surface of the CD serves as the “breeding ground” for zinc-oxide nanorods. These nanorods are what help de-pollute the water. The nanorods can break down the presence of organic molecules in the presence of UV light. The researchers have also explained that these nanorods are usually microscopic in size. The research team explained that the nanorods “are extremely small- just a thousandth the width of a human hair- and are an inexpensive conductor that can function as a photocatalyst.”

In short, the research team calls the cleaning method a type of “Photocatalytic Water Decontamination.” This method has been widely used over the years, but this is the first time CDs have been used in order to help the depollution process. Using CDs to clean water has become very popular. It’s believed that “optical discs are very cheap, readily available and commonly used. They are also durable and portable”. The CDs also rotate quickly, which allows them to absorb water faster than light. As a result, water will pass more quickly and easily through the first layer of the disk than light would. During this process, contaminated water drips onto the device, spreads out in a thin film that light can easily pass through, which breaks down pollutants. The CD is spun in the presence of UV light which further breaks down pollutants.

Using zinc oxide to clean water is not a new idea, but using CDs to absorb water has recently grown in popularity. Its accessibility, low price, and absorbency make it a profitable and efficient way to clean water in places where the vital resource is hard to come by.