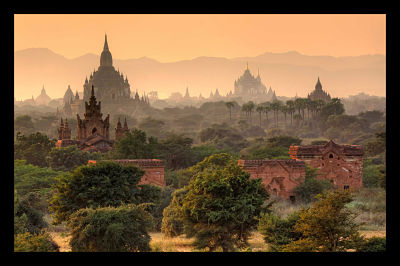 Two years ago, Myanmar (also known as Burma) was the runt of Southeast Asia. For decades, it had suffered under autocratic military rule, entrenched human rights violations, and, at a 26% poverty rate, one of the region’s worst economies. But all that is starting to change.

In 2008, Cyclone Nargis devastated the seaside nation, prompting a flood of international aid. Despite skepticism about aid impact, the global attention kickstarted major national reform in Myanmar. Jim Della-Giacoma, the director of the International Crisis Group in Asia, recently applauded the nation for handling the abrupt largesse transparently and efficiently—tendencies not often reflected in emerging governments.

In 2011, the decades-long civil war between the government and the Kachin rebels in Myanmar came to a ceasefire. The unprecedented peace has opened the gates wide for fostering economic growth and forging new global connections. The sprawling country is making visible strides out of almost 30 years of internal conflict and isolation and has become a harbor for international development work.

Not only is the nation poised for amplified development efforts, however—Myanmar has launched itself to the head of its league. In 2014, it will assume chairmanship of the Association of Southeast Asian Nations, a bloc it joined in 1997. Its leadership will, among many things, be key to improved environmental policy in the region.

“I never thought I’d be talking about Myanmar’s influence in Southeast Asia,” said Carter Roberts, CEO of the World Wildlife Fund. “Sometimes there are moments when countries change governments and things happen, then shame on us if we don’t provide the right technical assistance at the right time.”

His words could almost be the roadmap for USAID, the US bilateral development agency that has been providing technical assistance in Myanmar since the country first opened international relations a few years ago. Under the “U.S.-Burma Partnership for Democracy, Peace and Prosperity” launched by President Obama last November, USAID is unfolding a three-pronged strategy to end health insecurity, boost the hi-tech industry, and encourage participatory governance in Myanmar.

The nation still faces serious human rights challenges, such as military persecution of its Muslim minority. Still, its ascent from hopeless destitution and obscurity to growing prosperity and leadership is staggering and offers hope to its many poor neighbors.

“There’s a real dialogue and engagement with government at a broad range of levels,” said Rajiv Shah, a USAID administrator in Myanmar. “There’s real progress.”