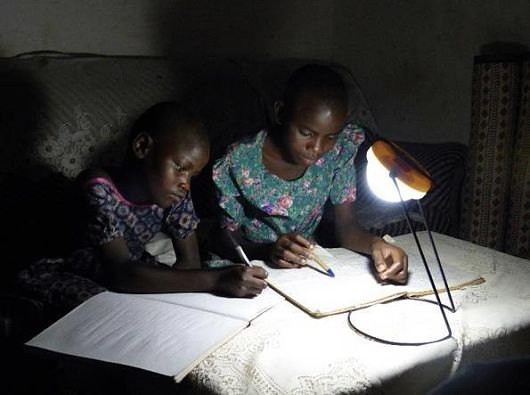 On June 23, 2015, California Representative Ed Royce introduced an updated version of his “Electrify Africa Act” in hopes that, after a year of gaining attention, the bill would have more traction in 2015.

Though certain language has been rearranged and some bill descriptions altered between the years, both versions address the same goal: to have the U.S. Government establish policy to “partner, consult, and coordinate” with the governments of Sub-Saharan Africa and international agencies in order to provide reliable access to electricity.

Findings reported to Congress in the 2014 act showed that an estimated 68% of Sub-Saharan Africans lacked access to electricity as of 2010; with Africa’s rapid rate of population growth, this percentage is likely even higher today. At a minimum, first-time access to electricity must be provided to 50 million people in the region, some 10% of the estimated population lacking power.

Residents of Sub-Saharan Africa living without electricity are forced to use time-consuming and inefficient heating and cooking methods, such as using wood and dung for fuel. In addition to being time-consuming, the fuels utilized in these regions can produce toxic fumes, which, according to the report, cause nearly 3 million premature deaths due to respiratory disease each year.

The Electrify Africa Act of 2015 would establish a precedent in U.S. foreign policy to aid developing nations in creating and expanding their electrical infrastructure in a sustainable and effective way. Expansion of the electrical grid would reduce the prevalence of carbon-emitting and toxic materials being used for heating and cooking purposes, as well as reduce poverty by creating jobs, expanding entrepreneurial opportunities and lowering energy prices.

The bill further calls for a focus on expanding and promoting energy development strategies, including the use of renewable and cleaner energy sources as a way to build the overall economy by increasing investment across the region.

Electrify Africa 2014 (first introduced in June 2013) passed the U.S. House of Representatives with significant bipartisan support and a vote of 297 to 117. However, the bill stalled out once it hit the U.S. Senate floor, where it was read twice before being referred to the Committee on Foreign Relations, as documented on Congress.gov.

The Electrify Africa Act 2015 has since been referred to the House Committee on Foreign Affairs, where it awaits further action. Though the bill has garnered significant support in 2014, the 2015 version will need to raise the bar in order to make it all the way to the President in this legislative session.