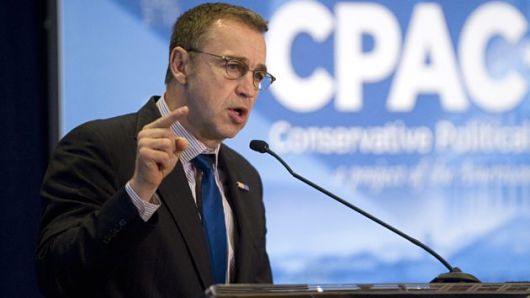 Earlier this month, U.S. Representative Matt Salmon of Arizona introduced a bill to prohibit any government agency from contributing to the United Nations Population Fund (UNFPA) on the grounds that the organization isn’t in line with America’s policy agenda.

The bill, H.R. 2678, is the fourth bill introduced by Salmon as a part of his “Shrink Our Spending Initiative,” a budget plan to cut what Salmon has deemed “wasteful taxpayer-funded programs.” It is also the second bill of its kind to go before Congress in the last 5 years.

“Taxpayers shouldn’t be forced to fund activities that aren’t in line with our national priorities,” said Salmon, calling the UNFPA a “pro-abortion organization,” according to a SonoranNews.com report.

But according to the United Nations Population Fund FAQ page, the UNFPA does not promote abortion as a method of family planning. Rather, it works to promote family planning measures such as the use of condoms and female birth control. However, the organization does work to address the impact of abortions on women’s health, and to assure that in nations where abortions are legal, it is safe and accessible.

Learn why the military is requesting that Congress better fund efforts to combat extreme poverty.

The UNFPA operates as a subsidiary of the United Nations General Assembly to address population and development issues. Started in 1969, the United Nations Population Fund now operates in 150 countries, and has been instrumental in reducing the complications of pregnancy and childbirth in developing nations.

Sexual and reproductive health problems are the leading cause of death and disability for women in developing nations, and according to the UNFPA, some 225 million women lack access to family planning measures.

The goal of the United Nations Population Fund is to assure that all women have access to safe and effective family planning measures and safe deliveries and to make sure that every pregnancy is wanted.

In 2013, the United States was among the top 10 core donors to the United Nations Population Fund, contributing nearly three percent of the UNFPA’s total contributions for the year. If H.R. 2678 passes, it will eliminate all government contributions to that total.

The bill regarding United Nations funding was first introduced on June 4, 2015, and has been referred to the House Committee on Foreign affairs. According to a Huffington Post report, the Committee has already approved a $150 million cut to family planning and reproductive health programs. Such program cuts may jeopardize the health of an estimated 225 million women in developing countries who lack access to safe family planning, according to the Huffington Post.