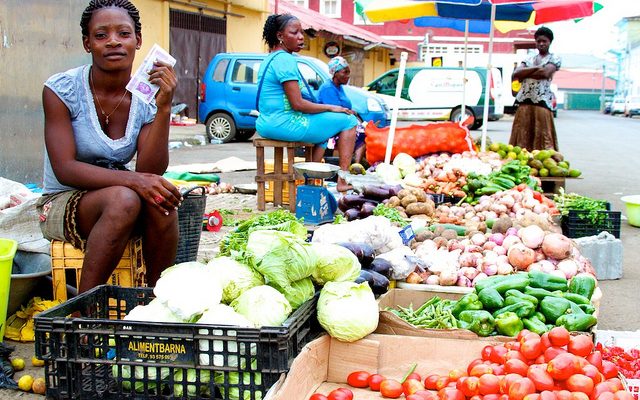 Equatorial Guinea and Its Neighbors

In order to see how the U.S. benefits from providing aid, it is important to first understand the situation in Equatorial Guinea. As a largely underdeveloped country, Equatorial Guinea also suffers from the woes that plague many of its continental neighbors.

Political turmoil and internal corruption have caused sharp drops in foreign development assistance to the country since 1993. For example, in 2013 the government cracked down on freedom of assembly by shutting down protests and arresting political dissenters, sparking international outcry.

In addition, worsening economic conditions have caused the country’s economy to shrink by nearly 25 percent since 2014 despite this trend of reversed growth being rare among African countries. Most African states have managed to maintain positive economic growth rates in spite of rampant poverty.

For example, although Equatorial Guinea’s fall in growth stabilized at -3.2 percent in 2017 from its all-time low of -9 percent in 2015, most of its neighbors have maintained positive growth rates for years.

Cameroon to the north had GDP growth of 3.2 percent for 2017 and hasn’t dipped below zero since 1993. To the south, Gabon had a growth rate of 1.1 percent for 2017. Although Gabon’s growth has steadily declined since 2008, Equatorial Guinea is unique for having a consistently negative rate several years in a row.

Nonetheless, the country has a strong export-based economy. In 2016 alone, Equatorial Guinea exported around $4 billion worth of goods, while importing a little over $1 billion. Its trading power has made it one of the few countries in the world with a trade surplus, especially one of that magnitude.

Equatorial Guinea’s economic health relies heavily on its natural resources. In 2016, its largest exports consisted of crude oil (which comprised over half of its exports, at $2.79 billion out of $4.06 billion) and petroleum gas (which accounted for approximately $762 million). Increasing global demand for oil, coupled with heavy reliance on this finite energy product, could make Equatorial Guinea one of the most important developing economies in the 21st century.

The Value of Foreign Aid and Investment

Providing foreign aid will also help Equatorial Guinea grow its economy and reach its full potential. For example, as foreign donors began slashing development funds to Equatorial Guinea between 2010 and 2014 (from $85 million to $520,000 respectively), its economy began to contract several years later, from $22 billion in 2012 to $12 billion in 2017.

However, despite such alarming figures, there has been some help in the form of an increased focus on infrastructure development. In 2015, China agreed to commit $2 billion to Equatoguinean infrastructure. This support has not only helped revitalize Equatorial Guinea’s economic growth but also brought Equatorial Guinea and China closer together diplomatically.

Equatorial Guinea and the U.S.

Increased foreign aid to Equatorial Guinea is one of the most practical ways to improve trade relations between the two countries. Each nation has something that the other needs. As one of the wealthiest countries in the world, the U.S. has plenty of foreign aid funds available (specifically, a foreign assistance budget of $50 billion in 2015) to improve the economic outlook of Equatorial Guinea.

Additionally, as one of the largest oil harvesters in the world, Equatorial Guinea has a slew of energy reserves available to export to the U.S., at a total of 1.1 billion barrels of oil as of 2012. It is evident that the U.S. benefits from foreign aid to Equatorial Guinea, due to greater access to a growing Equatoguinean hydrocarbon sector.

How the U.S. Benefits from Foreign Aid to Equatorial Guinea

A diversified import sector is critical to the financial well-being of any country. For the U.S., an oil industry with diversified imports creates stable international supply lines and an even stronger economy. Equatorial Guinea’s resources and economic potential suggest that it could be an ideal trading partner.