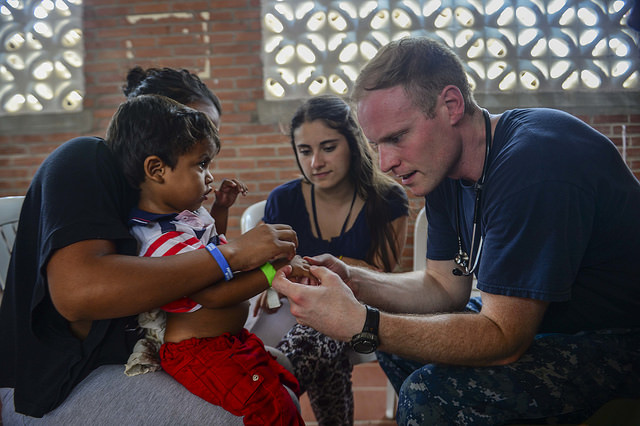 Foreign aid has always been a source of controversy in U.S. politics. Despite some negative feedback, the aid given to other countries has been beneficial to the U.S. For example, there are multiple ways that the U.S. benefits from foreign aid to Colombia.

For more than 50 years, Colombia was ravaged by war and struggled to reach an agreement of peace that suited both warring parties. This caused the country to be caught in ongoing and seemingly never-ending turmoil. The war impacted millions of citizens in the country and took the lives of more than 220,000 people.

In 2016, the U.S. helped Colombia reach a peace agreement with the country’s largest guerrilla group, the Revolutionary Armed Forces of Colombia (FARC). The peace treaty was a culmination of years of hard work for both Colombia and the U.S., who has been working with Colombia to strengthen its military since 2000. The peace agreement has led to nearly 6,900 members of FARC putting down their guns and relocating to the demobilization zones put in place by the U.N. for the former soldiers in the war.

The peace agreement was known as “Plan Colombia,” and it resulted in many U.S. benefits from foreign aid to Colombia. The plan increased U.S. military and diplomatic support from the citizens of the country.

The U.S. has helped Colombia garner peace, increasing military support in the U.S. in the process. The end of the war has prompted the Colombian government, with the help of the U.S., to start an Agency for Reintegration (ACR) in the country. The program is for the millions of people displaced by the war, as well as the soldiers that fought.

The ACR’s efforts include providing healthcare, employment opportunities, education and vocational training for the former soldiers as they transition back into society. Counting the soldiers and their families, almost 30,000 Colombians are in need of assistance and are receiving aid from the ACR.

Giving aid to foreign countries can reflect positively on the U.S. and can help other countries in need. With support from the U.S., Colombia has ended its civil war and has begun to reintegrate members of the war into society. In response to the aid given to Colombia, the U.S. benefits from raised support for the military and increased diplomatic support.