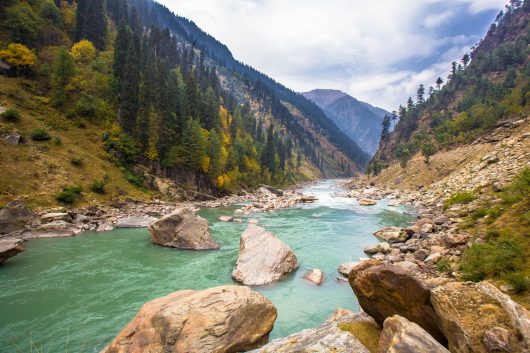 On Jan. 16, 2018, U.S. President Donald Trump held press conferences at the White House with President Nursultan Nazarbayev of Kazakhstan to discuss U.S. benefits from foreign aid to Kazakhstan, and trade agreements which favor both countries. “[President Nazarbayev] is working to improve Kazakhstan’s business environment, which will create new opportunities for American companies who are over there, and lots of jobs are being provided to both countries,” President Trump stated.

American businesses are among the largest investors in Kazakhstan’s economy. Both presidents are pursuing opportunities to increase U.S. investment in Kazakhstan and the energy sector, in particular.

During the press conference, President Nazarbayev elaborated on the key role that economic relations play between U.S. and Kazakhstan, saying “[w]e have major American companies operating for many years. We have Chevron, ExxonMobil. We have General Electric, Halliburton. And all these companies invested about 50 billion into Kazakhstani economy so far. And also, that trade created additional 5,000 jobs in United States.”

In President Nazarbayev’s recent visit to the White House, he signed major trade agreements which consisted of 20 commercial contracts worth $7.5 billion. The trade agreements are set to accomplish the following:

President Trump applauded U.S. investment in Kazakhstan as part of the Central Asia Trade Forum and Central Asia Trade and Investment Framework Agreement. The presidents are working in providing American products and services in the form of commercial aircraft, railways, medical services, technology and energy.

The U.S. benefits from foreign aid to Kazakhstan through national security. Kazakhstan has provided humanitarian and technical support to Afghanistan worth $75 million. Additionally, the nation has invested $50 million in providing professional training and education to Afghanis in Kazakhstan, which would have been otherwise unavailable Afghanistan. Kazakhstan plays a crucial role in moving toward a peace process in Afghanistan, which will in turn foster greater stability and prosperity across the Central and South Asian region and minimize national security threats.

National security is central to the foreign powers’ relations. Kazakhstan is a valued partner in preventing the North Korean regime from threatening the globe with nuclear devastation, a direct result of how the U.S. benefits from foreign aid to Kazakhstan. President Trump commended Kazakhstan’s voluntary elimination of nuclear weapons in the country, which provides a safer and healthier environment for Kazakhstani children.

President Trump has pledged to offer assistance to improve English education programs in Kazakhstani schools, in part to sustain global competitiveness. The two nations are reaching trade agreements entailing the reciprocity of consular expansion and jobs in both the U.S. and Kazakhstan.

Kazakhstan’s economic growth has increased steadily since gaining independence after the Soviet Union’s dissolution in 1991. However, the nation continues to face developmental challenges, and 25 percent of the population lives below the poverty line. In 2017, the U.S. invested $13 million to Kazakhstan in foreign assistance.

As of January 2018, the U.S. Department of State and USAID plan on funding $1.7 million toward peace and security to Kazakhstan in the 2018 fiscal year, exclusive of the nations’ recent trade agreement. The projected amount of U.S. foreign aid is expected to increase as the year progresses, furthering Kazakhstan’s chance for economic success.