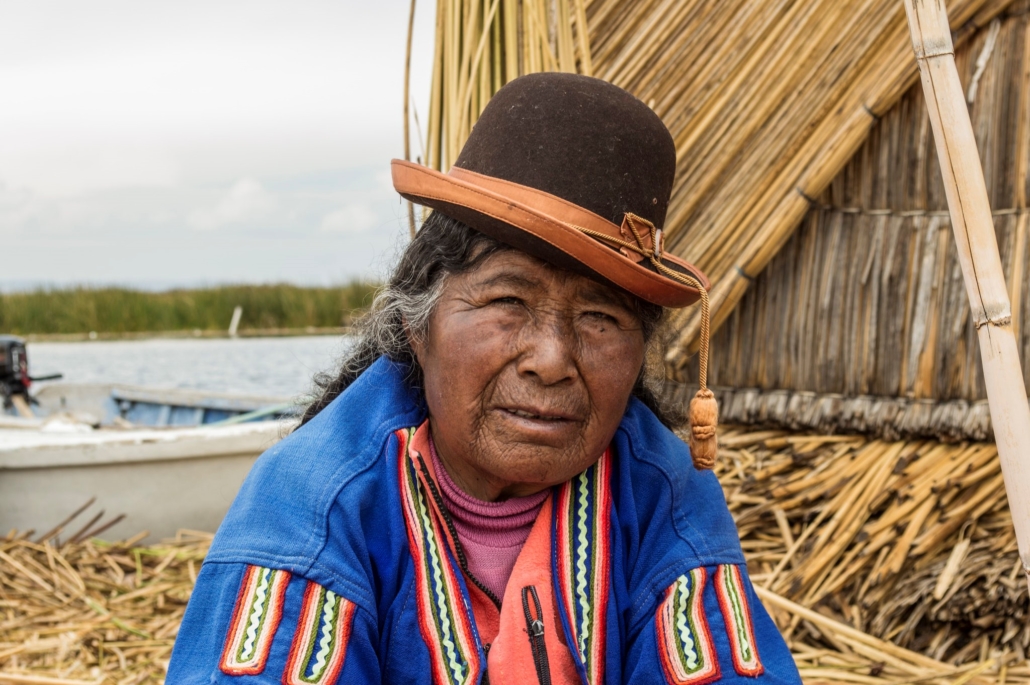 For many years, Lake Poopo, Bolivia’s second-largest lake, has supported the Uru people, also known as the “people of the lake.” Large in size, the lake has always fluctuated, from a mere 1,000 square kilometers to over 3,500 square kilometers in its peak in the late 80s. With such a sizable resource, the Uru people were able to create a unique culture that enabled them to dominate the lakeshore and surrounding regions. In their culture, when two Uru would decide to marry, traditional customs called for the building of a “family of reeds” on Lake Poopo, surviving off what they could forage along the lakeshore. Fish, eggs and hunted birds supported the local populace, keeping the environment in a rich, harmonic relationship that the Uru people thought would last for their entire lifetimes.

This thought is now little more than a memory to Luis Valero, a local Uru community leader who remembers when his grandfather saw the Lake as sustaining him and his people for all of their lives. The memory is now slowly draining away as Lake Poopo suffers from human-accelerated pollution. It is leaving the waters dried up and the Uru people are floundering and grasping for anything to sustain them.

For generations, the Uru people lived off the bounty of the Lake, but after Lake Poopo dried up in 2015, things took a turn for the worse, forcing the Uru people to settle on what remains of a lakeshore. The Uru people survived largely from an independent lifestyle tin which they did not need to generate extraneous products for trade. The men would support their families through hunting and fishing while the women largely worked in small crafts and trades. Now, with Lake Poopo suffering from human-accelerated pollution, many of the local men, unable to sustain their families or entertain the possibility of one, leave and look for work elsewhere. The results of water diversion projects for farming have drained Lake Poopo of its vitality and accelerated the Uru people to poverty as more continue to face a new reality they did not anticipate.

Effects of a Global Pandemic

The effects of the COVID-19 pandemic have only strained community bonds as the Uru people strive to replenish their cultural identity in the midst of deterioration. One of the consequences of the Lake’s accelerated pollution is the migration of cultural identity in the form of language. Speakers of the Uru-Cholo language have become less plentiful as young men, unable to find work around the lake as it dries up, explore opportunities outside the community in the mines and surrounding towns. This slow migration dissipates the community structure, leaving many women and men fighting to stay out of poverty. Their efforts have not gone unnoticed, though, as the Bolivian government has teamed up with local organizations in an effort to keep the Uru people’s language alive.

Bolivia’s industrialization has created more wealth for the country and its workers. However, as more Bolivians have moved to the cities for opportunities working in salt and mineral mines, more pollution emerged. The level of pollution has deeply affected Lake Poopo and the surrounding shoreline communities of the Uru people, so when a severe drought in 2016 deeply depleted Lake Poopo of water, local volunteers banded together with one goal in mind: clean up the surviving lakes.

The humanitarian effort to clean the lakes drew hundreds of diligent volunteers from around the world, even attracting a French social media personality. Many people are hopeful the Lake can be improved, with some like local volunteer Magali Huarachi saying, “I think that if we all do our little bit, by picking up our garbage or coming to help here, then we are going to make this place beautiful in a while.” The Bolivian government is on their side, taking steps along with local organizations to continue preserving the community’s language to the Uru children through local teachers.