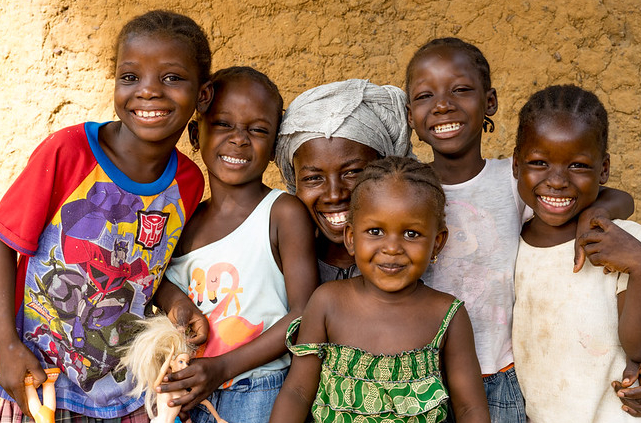 Being a child in the impoverished, conflict-riddled country of Mali is not easy. Lack of healthcare is one of the major factors contributing to the issue of child poverty. One in 10 children does not live to see their fifth birthday. The primary causes of death are pneumonia, diarrhea and malaria. All these diseases are completely preventable. Children who survive must often work to help provide for their families instead of getting an education. The Malian government is aiming for universal healthcare in Mali, starting with a focus on pregnant women and children under 5.

Mali is a landlocked country located in West Africa and one of the most poverty-stricken nations in the world. The U.S. Agency for International Development (USAID) reports that 49% of Malians live below the extreme poverty line. With more than half of the country’s entire population under the age of 18, child poverty is an ongoing crisis.

Mali gained its independence from France in 1960 and has since struggled for stability. Decades of conflict have wreaked havoc on the people living within Mali’s borders.The most recent conflict began in 2012 when a group of rebels, backed by several Islamic militant groups, overthrew the government in a military coup. These alliances did not last long, and as a result, sparked violence that spread across the country. The struggle for land and power continues to this day. In 2018, nearly one-third of Mali’s population lived in areas directly affected by the conflict. As war wages on, child poverty in Mali continues to increase.

A Child’s Life in Mali

Mali’s youth have taken the brunt of the devastation caused by the continuing violence. Many lack necessities like access to clean water, food, education and healthcare. Children under the age of 5 are most vulnerable, and without accessible healthcare, many preventable diseases turn deadly.

Before the 2012 conflict, great strides were being made in the development of programs and policies to improve the conditions of child poverty in Mali. Infant mortality was on the decline, the number of children enrolled in school increased by 10% and there was a dramatic rise in birth registries. Registry of birth is extremely vital because when a child is unregistered, they do not carry the same rights and protections as those who are. Registration at birth assists in securing a child’s access to human rights protections under laws against child marriage, labor and recruitment into armed forces before the legal age. Without documentation to prove identity, education, healthcare and the right to vote become inaccessible.

The country’s instability has halted much of the progression. However, humanitarian organizations like UNICEF, continue to work toward the goal of ensuring every child’s rights are upheld. UNICEF is currently working on four key elements of child welfare in Mali:

The Malian government says it wants to see improvement in the lives of its people. For this reason, it is actively working to ensure free healthcare is available to all citizens. The ultimate hope is for universal healthcare in Mali.

Data obtained through a lifesaving pilot program that began in 2008 provides promising news. This trial program provides door-to-door healthcare in the town of Yirimadio, which is located just outside Mali’s capital city of Bamako. When the trial began, the child mortality rate was 154 deaths per 1,000 births. Upon the trial’s completion, the child mortality rate had decreased by a staggering 95%.

This free door-to-door health care program was so successful that Mali’s government has committed to having this healthcare program available nationwide by 2022. At this time, the plan is offered to pregnant women and children under the age of 5. Mali’s health minister, Samba Ousmane Sow, said, “We are trying to make Mali be great again, to improve our healthcare system and save lives and we are hoping this will help us reach universal healthcare with a very powerful, improved system.”

The primary concern is ensuring healthcare professionals have the training and provisions to provide the service. The Malian government is seeking ways to become self-sustaining in its quest for universal healthcare as it is saving children in Mali. Currently, it is reliant on external donors to supplement government funding. Nonetheless, amid conflict, there lies hope for the future.