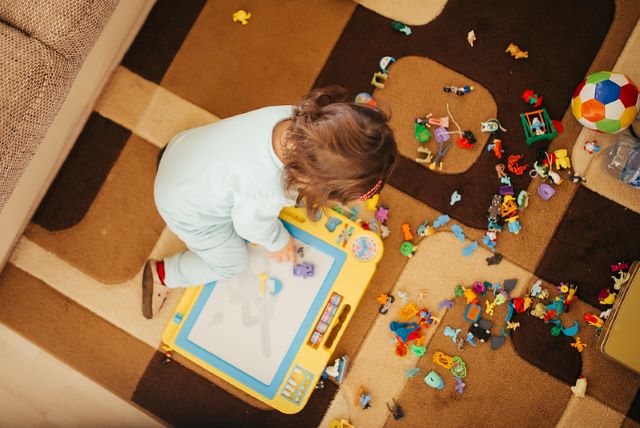 For kids of all ages, making a list of toy requests for Santa is one of the most exciting times of the year. Yet for children living in the world’s poorest regions, there is no Santa, presents or toys. UNICEF estimates that across the world, nearly one billion children live in multidimensional poverty. That equates to 13% of the global population. During the holiday season, three organizations are working to make sure that impoverished children have toys to call their own.

For more than 25 years now, the Samaritan’s Purse annual “Operation Christmas Child” has provided toys for children living in poverty. Franklin Graham, the president of this organization, began the tradition in 1993 by sending gifts to young kids experiencing the violence of war in Bosnia. Since then, the project has grown to spread gifts all across the world to more than 150 countries, including some of the poorest areas. Samaritan’s Purse asks donors to fill a shoebox with various gifts for either a boy or girl which then gets distributed to congregations located in these impoverished nations.The initiative has brought more than 178 million children toys throughout the years. In many cases, the gifts provided by Samaritan’s Purse will be the only toys these children receive in their childhoods. The work done by this organization embodies the true meaning of the holidays and acts as a Santa for the poor.

One of the most successful companies in the toy industry is Lego. Lego’s plastic colored bricks are educational and creative opportunities for children. Play Well Africa is dedicated to bringing these Lego pieces to the less fortunate living in Africa. Unlike other toys, which can break, stop working or require electricity, Lego’s offer a unique ability to allow children to play in any circumstances. Young Micah Slentz, a child himself, started Play Well Africa when he asked his father to buy his favorite toy, Lego bricks, and donate it to children in Africa. A simple kind gesture has grown into a massive project that receives both new and used Lego bricks and sends them to impoverished children in developing countries. With offices in both the United States and Australia, Play Well Africa is a multinational organization. Thousands of children in countries such as Uganda will build, create and have fun with Lego bricks, all thanks to a boy who wanted to share his favorite toy with the world.

For decades now, the Toy Foundation has strived to create avenues to bring children of the world toys to play with. One of its most successful campaigns has been the “Toy Bank” which started back in 2003. The foundation relies on donations from top toy companies and in turn spreads these gifts to existing agencies located in impoverished countries. Donations come from all sorts of brands, including Hasbro, Lego and Mattel. Children surviving some of the worst living conditions receive brand new toys, an opportunity made possible by the Toy Foundation. Children with diseases, orphans and those in war-torn nations are the top priority for the Toy Bank, making the organization’s work imperative. Ensuring toys for children in the most vulnerable situations is the organization’s focus.

Toys for the Most Vulnerable Children

Toys can be a healthy outlet for children who live in some of the world’s poorest regions. Toys can provide both emotional support and stress relief. Whether it be a teddy bear to hug, a doll to dress up or Legos to build, the psychological benefits of playing with toys are something all children need. These organizations all help to make dreams come true for the young children who need toys the most.