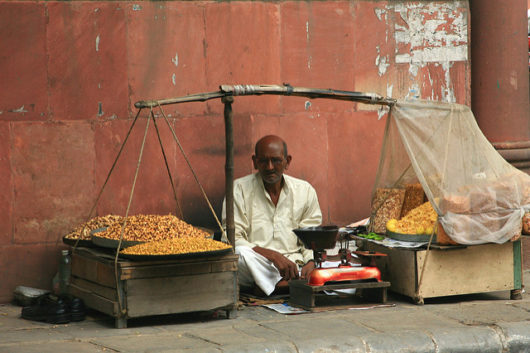 Universal Basic Income (UBI) is a periodic cash payment unconditionally delivered to all on an individual basis, without means test or work requirement. This practically means that everyone gets the same amount of cash, regardless of their social or economic status.

Universal Basic Income in India might soon become a reality. If India implements this program, it would be the first state-administered basic income program in the developing world. In a country with over a billion people, it would be a large-scale endeavor, but one that could improve the existing welfare system.

Pros and Cons for Universal Basic Income in India

In January 2018, Chief Economic Advisor of India Arvind Subramanian said in an interview with the India Times that he sees one or two states implementing Universal Basic Income in the next one to two years. UBI will allow the population to receive compensation to fulfill their basic needs and Subramanian argues that it will be an improvement over the current anti-poverty schemes in that are in place because the program would be easier to administer.

Supporters of this program also claim that a UBI would be an improvement over anti-poverty interventions and inefficient subsidies that have seemingly been largely consumed by the affluent and damage the country’s overall financial stability. Opponents of a UBI program claim that incentivize work, and that the government should focus more on funneling funds into education and health care.

Subramanian is not the only supporter of UBI, as the International Monetary Fund (IMF) also believes this program could be successful. The IMF estimates that the government could provide $35 a year to every citizen if the country eliminates food and energy subsidies.

Implementing a UBI and getting rid of energy subsidies would result in a sharp increase in energy prices. It is estimated that if the government implemented such a program, the cost of gasoline would increase by 67 percent, the price of diesel would increase by 69 percent, kerosene by 10 percent and coal by 455 percent.

India has been in a state of premature deindustrialization in recent years, meaning that the country is either partially industrializing or not industrializing at all. This is due to structural transformations due to changes in technology, making it hard for developing countries to become manufacturing powerhouses.

India has already had progress in cash transfer programs, as in 2012, the United Progressive Alliance (a coalition of political parties) began reforming the government’s subsidy structure by making payments directly into beneficiaries’ bank accounts. This program was instilled to cut down the corruption, reduce leakages, eliminate middlemen, better target beneficiaries and speed up the transfer of benefits to eligible recipients. This program has been deemed overall as successful, but it remains a small part of India’s welfare infrastructure.

Since no country has implemented a long-term national UBI, India does not have a practical framework to make a comparison of whether the program will be beneficial for the country or not. So far, there are only theoretical ideas of this program. Developing a UBI program requires a high initial investment and may also require the country to scrap existing welfare programs. Countries implementing UBI pilots such as Finland will give India more data to draw comparisons with.

Universal Basic Income in India is a program that is gaining traction in the country. This can be attributed to complaints with the existing welfare programs, as well as the fact that the program is being supported by the Chief Economic Advisor of India and IMF.

Since there are no real-life examples of this program, one can only hope that its implementation would be beneficial for India and the country’s goal of eradicating poverty.